Pereira vows to learn how to deal with pressure 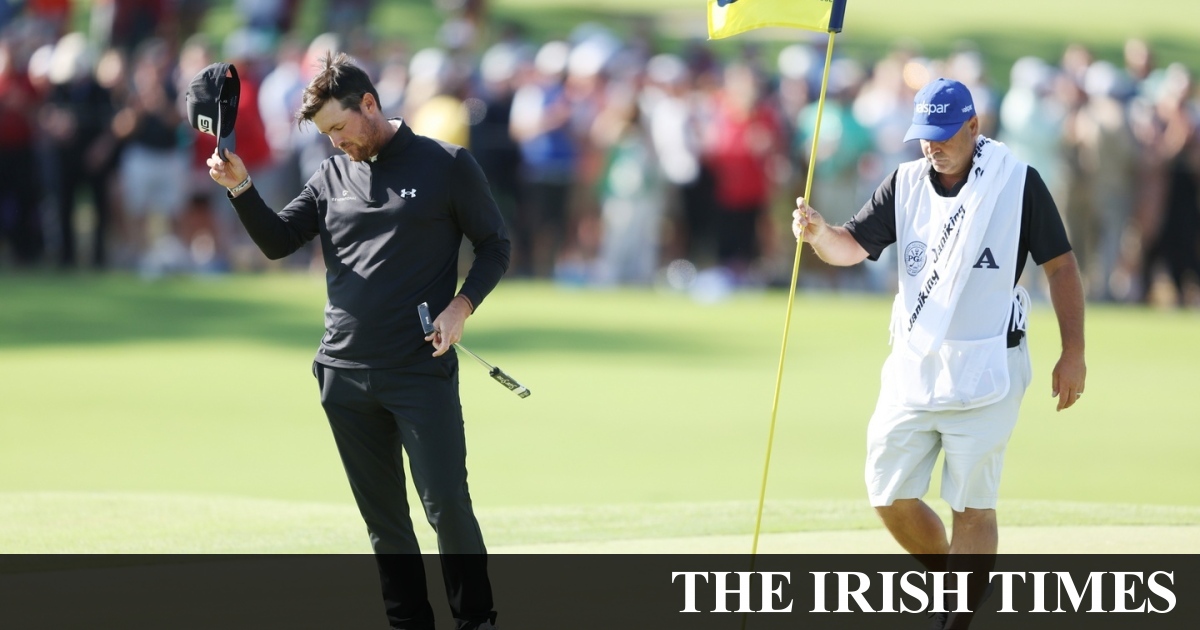 “I’ve just got to learn how to do it better, to keep training for it,” said Mito Pereira of learning a life lesson in how to deal with pressure down the stretch of the US PGA Championship where the Wanamaker Trophy slipped from his grasp.

The Chilean – with friend and compatriot Joaquin Niemann waiting greenside at 18, only to share his disappointment rather than joy – moved into the world’s top-50 for the first time with his third-place finish in only his second major appearance, having missed the cut in the 2019 US Open where he had come through sectional qualifying.

Pereira’s sporting journey was not a typical one. A golfing prodigy in Chile, where he won national and international junior titles, he moved to the USA as a 14-year-old to attend IMG Academy in Florida but opted to leave after just six months and put his golf clubs away entirely for two years to play other sports, including soccer and tennis.

“I got tired of it, I just needed that break. It was good to have at that age. I knew I was going to play golf but not at that time,” said Pereira who, after again picking up his golf clubs, earned a golfing scholarship to the Texas Tech and moved his way on to the PGA Tour through the Korn Ferry Tour route.

It’s indicative of how well Stephanie Meadow has played so far this season, one where consistency has become a byword in more often than not surviving cuts to earn paydays and gain precious LPGA Tour order of merit points, that the 30-year-old Northern Irishwoman has played her way into the field for this week’s Bank of Hope LPGA Matchplay in Las Vegas.

Only 64 players are eligible to play in the matchplay tournament, with Meadow’s upwards trajectory on the CME Globe points table (where she is currently 52nd, already well on the way to retaining her LPGA Tour card for next season) earning her a spot in the field which is limited to 64 players.

However, Leona Maguire has decided not to play in the tournament, instead preferring to prepare for next week’s US Open at Pine Needles in North Carolina.

Meadow, too, will be in the field for that women’s second major of the season after earning a place through sectional qualifying.

“There’s only four a year and it’s been a dream of mine to win a major since I was a little kid. It’s never going to be world number one or anything like that, it’s been to win a major… I know for sure I’ll get one”

Will Zalatoris looking at the bigger picture going forward after losing out to Justin Thomas in a play-off for the US PGA Championship’s Wanamaker Trophy.

That’s the amount – in US dollars – which Justin Thomas pocketed for winning the US PGA Championship for a second time. This year’s total purse was $15 million, the largest prize money the championship has been played for and a $3m increase on last year’s tournament.

Peter O’Malley, an Australian of Irish ancestral stock – from Cork, he believed – had a touch of good fortune en route to winning the Benson & Hedges International tournament at St Mellion in Cornwall, England.

On the second hole of his final round, O’Malley pulled his drive so severely that sailed into out-of-bounds territory only to rebound off the wall of a neighbouring property and rebound back into play from where he managed to salvage a par.

That intervention of the wall, when his drive initially looked a lost cause, proved the difference as O’Malley’s final round 73 for a total of 280 gave him a one stroke winning margin over Mark James and Costantino Rocca. It earned O’Malley the equivalent of a €151,662 payday and gave him his second career win on the European Tour.

Need your immediate response @airfrance my golf bag didn’t make it on the flight from CDG. I have already shared the bag tag details on DM. I need it immediately as I have a tournament. Respond immediately and make sure my bag arrives by tomorrow #missinggolfbag
Indian golfer Aditi Ashok on discovering her clubs didn’t make the flight from Paris to Las Vegas for this week’s Bank of Hope LPGA Matchplay.

Pretty happy with the week at the PGA Championship. Was nice to finally get kind of in the mix at a major. Learned a ton. What I didn’t learn is that JT is a beast. I knew that one already. Congrats to him and my man Bones!!
Max Homa tipping the cap to Thomas and Mackay.

A tough couple of days at the @PGAChampionship shown by only 12 players finishing under PAR. More work to be done
Lee Westwood, who missed the cut at the PGA, on getting a reality check. 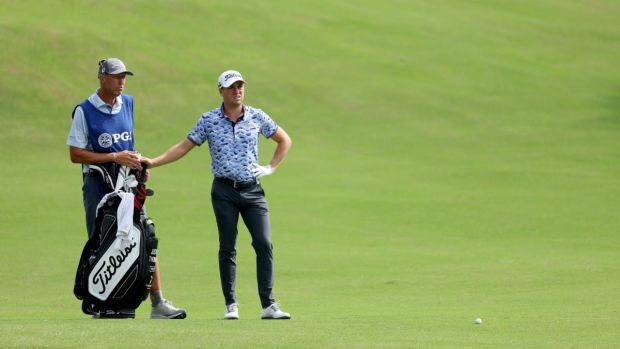 In the Bag: Justin Thomas

Q In stroke play, Player A played from outside the teeing area and hit his ball out of bounds. He plays another ball from the correct teeing area. What is the ruling?

A The player gets only two penalty strokes under Rule 6.1b (for playing outside the teeing area) and so his next stroke from the tee will be his third. The ball played from outside the teeing area was not in play and so the fact that it came to rest out of bounds was irrelevant and the stroke itself did not count.