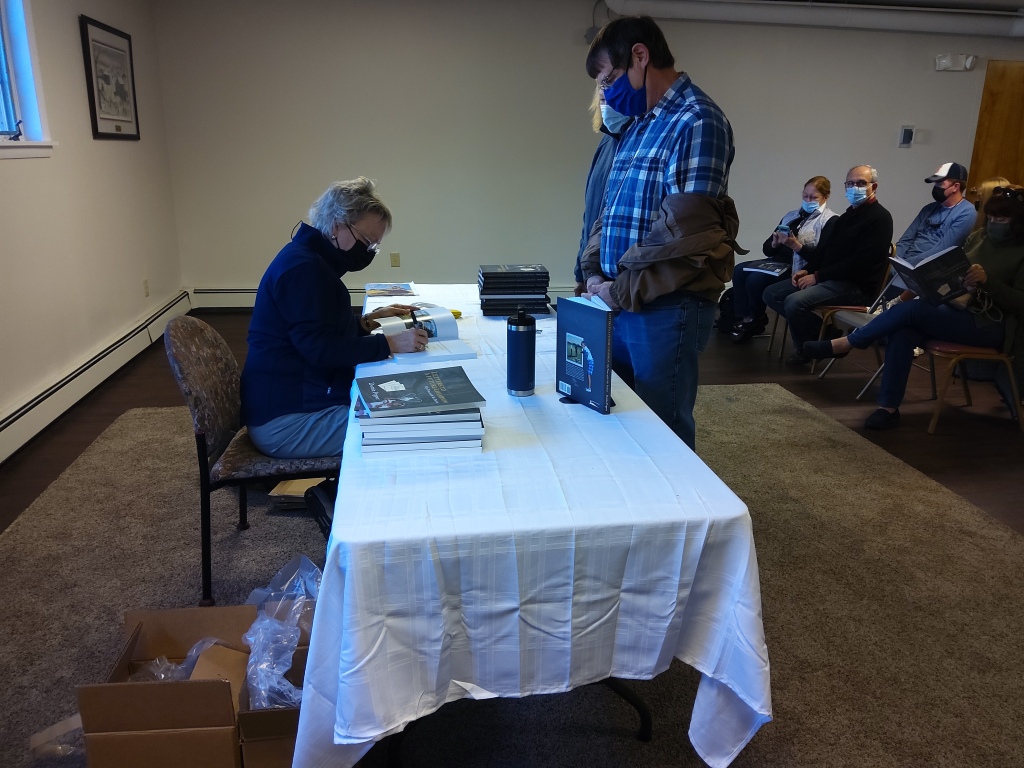 “Letters to a Future Champion: My Time with Mr. Pulver” contains the written correspondence between Pepper and her mentor George Pulver Sr. and traces the impact powder has had on their game, character and life.

“He’s taught a lot of people in the area and it’s been a luxury and a blessing to learn from him,” Pepper said of Powder.

Pepper played the LPGA Tour from 1988 until she retired in 2004 when she embarked on a television career covering all majors in men’s golf and almost all majors in professional women’s golf. She became the first woman to announce live golf on The Masters in 2016 and became the first female walking reporter to cover the same event in 2020. She is currently the lead reporter for CBS Sports coverage of the PGA Tour, PGA Championship and Masters and the lead analyst for CBS’s LPGA coverage.

Pulver looked after Pepper from 1980 until his death in 1986 mainly through written correspondence. When he started training Pepper, he was 81 years old.

“He never saw me play, but he always prepared me for tournaments with books, letters and magazine articles that I could learn from,” recalled Pepper.

At a book signing at the Ballston Spa Public Library on Saturday, Pepper spoke about the monumental effect powder had on her, reading excerpts from her book, and telling anecdotes from her time on the green, both as a professional golfer and as a golf editor. She kept all the letters, magazine clippings, and other correspondence that Pulver had sent her, and found after his death that he had done the same.

Pepper’s relationship with Pulver began when she was 15 and needed a coach. Her father, himself a professional athlete, had taught her everything he could and couldn’t get her any further. Pepper, too shy to ask for help directly for powder, wrote a letter to his daughter, who was her friend. The news reached Pulver and he took her under his wing. It came at a good time for both of them.

Powder’s wife had just died and there were concerns about how he would deal with it. Pepper described her mentor-student relationship as therapeutic, “perfect medicine” for both of them.

In “Letters to a Future Champion,” Pepper recalls the lessons powder taught her early on and which were repeated throughout her career. The earliest lesson Powder taught her was to “be slow and never give up.” According to Pepper, Pulver was a fan of the phrase “stay tuned”. His lessons at Pepper have always been upbeat and realistic about the challenges of being a professional golfer.

“It takes a commitment,” said Pepper. “You don’t always have control over your own schedule.”

Eventually Pepper found himself with a folder full of notes, letters, and articles that Powder had sent her – enough for a book, her husband pointed out. When the pandemic broke out and Pepper suddenly had only time, she decided to write. When her book was finished, she decided to self-publish.

“Self-publishing gave me better control over the message of the book and better timing for publication,” Pepper explained. “We were in no rush to get it out for Christmas last year, we wanted to release it in the spring, which is perfect for the golf world. Golf was really a blessing during the pandemic – we could be outside, we could move, and we could try to get more people into the game. “

At her book signing, Pepper described that powder always believed in a balanced lifestyle in every way. He often encouraged her to put golf aside temporarily and “go play and be a kid until you feel the tug in your heart to get back to golf”. Understanding the importance of being familiar with the techniques of other golf professionals, he told Pepper that the most important thing was “to find your own mechanic and swing style.” works for you and owns it. “

Pulver also appreciated the training, because in the world of professional sport, where very little was guaranteed, it was a good idea to have a safety net.

Pepper hopes her book will have a complex effect. It’s already making waves in the world of golf – she recently found her book a finalist for the Hebert Warren Wind Award, an annual United States Golf Association award that recognizes and promotes excellent research, writing, and publishing about golf “. . “It is the USGA’s top literary award.

With her book, she would also like to send a positive message to young ladies and gentlemen who want to become professional athletes.

“I hope I’ve shown them a can-do mentality,” said Pepper. “It’s not always an easy path, and everything is not planned out in advance for you to be successful.”

The book will make a difference in your local community as well. Pepper donates a portion of all book sales to the Saratoga WarHorse Mission to help veterans suffering from PTSD.

“Letters to a Future Champion: My Time with Mr. Pulver” is available on the Pepper website at https://dottiepepper.net/the-book. It is available as a hardcover, softcover or as a leather-bound Collector’s Edition.

“Letters to a Future Champion” is available at www.dottiepepper.net/the-book. (Melissa Schuman – MediaNews Group)