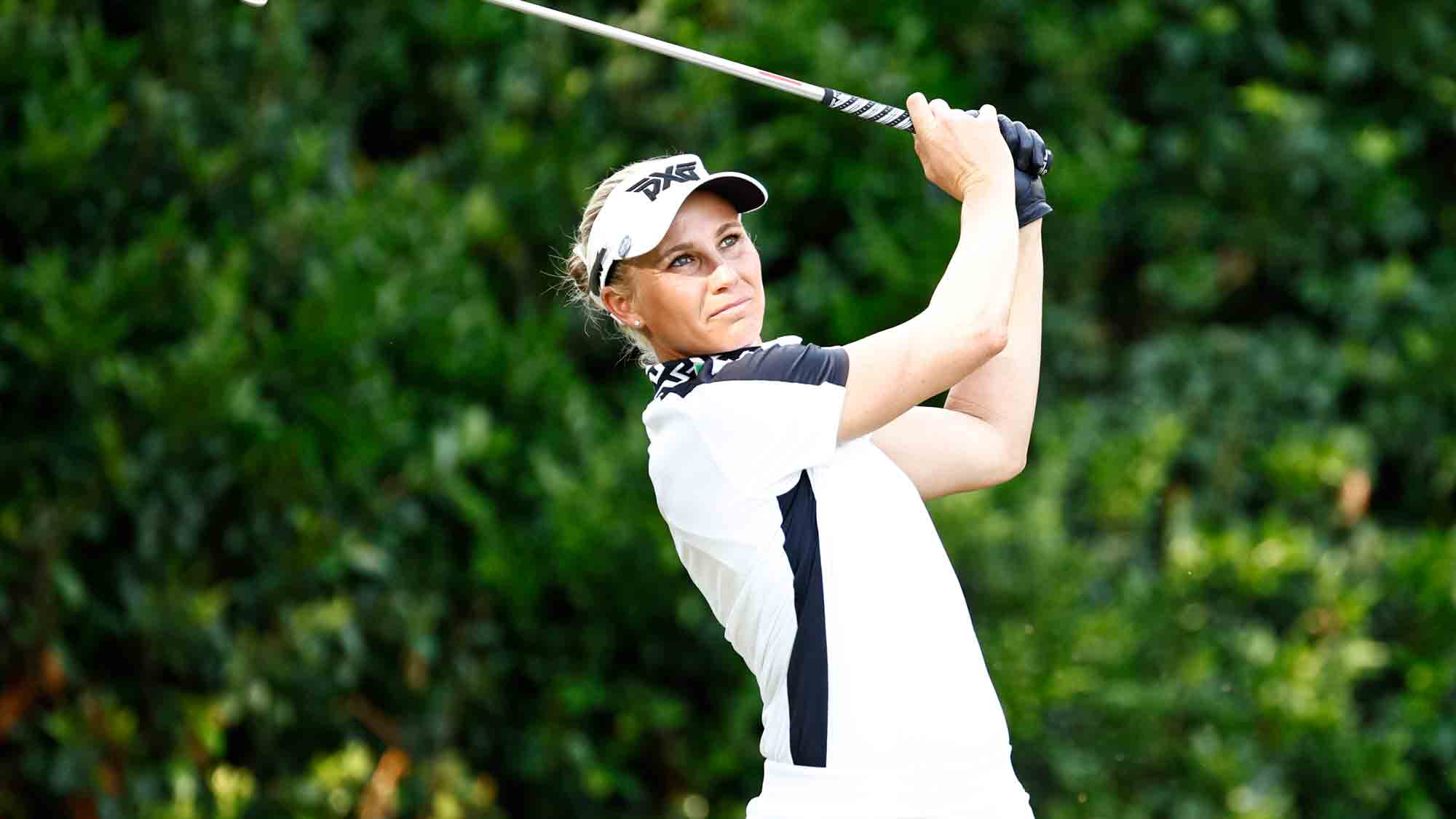 It’s been a solid season so far for 35-year-old Ryann O’Toole. She’s carded two top-10 finishes – a T6 at the LOTTE Championship and a T5 at the Palos Verdes Championship presented by Bank of America – and has three additional top-15s, including a tie for 13th at The Chevron Championship, the year’s first major. So it’s no surprise that O’Toole is near the top of the leaderboard after round one of the U.S. Women’s Open presented by ProMedica, opening the week at Pine Needles Lodge and Golf Club with a 4-under 67, carding five birdies and a single bogey.

“I definitely feel like my putting was on today,” said O’Toole, who only needed 28 putts to get the job done on Thursday. “I made some really good putts, some saves, some long ones, so that was nice to have for a change. I feel like I can always count on my iron game, so it was nice to see that the putter really showed up. I’m curious to see what my strokes gained were. I was trying to look on the 18th board to see. My caddie yelled at me to focus on my putt instead.”

This is O’Toole’s 10th appearance in the U.S. Women’s Open – her finish was a solo ninth in 2011 at The Broadmoor in Colorado Springs – and her 67 marks her lowest round ever in the event. She only has one win on the LPGA Tour, coming at last year’s Trust Golf Women’s Scottish Open, and she’s only missed two cuts since that maiden title. As she looks ahead to the next three rounds in Southern Pines, O’Toole hopes to continue her upward trend and looks to put herself in contention on the weekend, a place she’s become very comfortable since that overseas win last year.

“I’m trying not to make it 200-something starts before another (win),” she said. “Other than that, I feel like my game has been in a good spot this whole year. It’s kind of been trending in the right direction, kind of how was it last year at the same point. I’m just trying to work off that and know that it paid off last year and see what it does this year.”

← Buffalo Grove's new indoor golf facility could have competition Paul Casey: “I will have a really good time” →