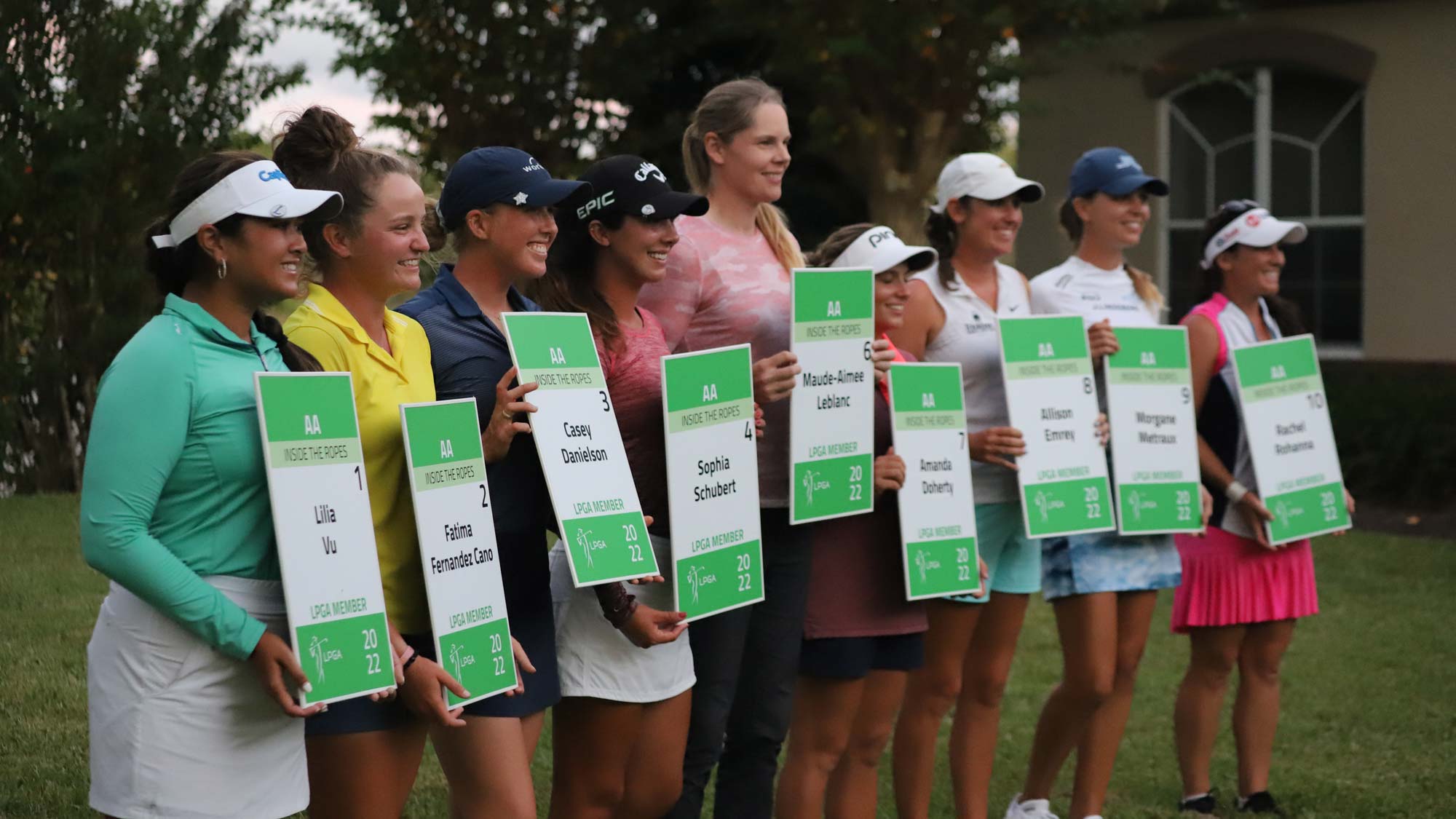 They will be making a living as full members of the LPGA Tour next year. But this season’s Symetra Tour alumni, the 10 women who battled for their cards from March to October, have a lot more in common than where they’ll play in 2022.

Most of them share a common story that involves being brought to the game by a family member, father, grandmother, aunt or uncle, someone who felt compelled to give a girl a golf club and hit that Hope best. From there they found a spark, a drive, that brought them back to the Gulf a second time and then a third time. For four of this year’s graduates, that spark began with a teacher on an LPGA * USGA Girls Golf program.

“I started girls golf at the age of six,” said Sophia Schubert, who conquered the Carolina Golf Classic 2021, presented by Blue Cross and Blue Shield of North Carolina, and took fourth place in the Race for the Card. “My fondest memories were going to the Nancy Lopez Chick-fil-A Charity Challenge with Girls Golf and going to the monthly get-togethers with my friends. Girls Golf kept me interested and engaged from a young age, so I was able to continue my path from middle school to high school to AJGA, which in turn prepared me for college and professional golf. ”

The same was true for Amanda Doherty, who discovered her love for the game at LPGA * USGA Girls Golf events near her home in Georgia.

“My parents started playing golf when I was very young, but I also played many other sports when I was growing up,” said Doherty, who finished eighth in the Race for the Card. “I participated in the Country Club of Roswell’s Girls Golf program for a number of years, starting when I was around 11. The reason my parents chose CCR was because of the Junior program, and the Girls Golf program in particular. They knew it would be a good place for me to study and have other girls my age to play golf with.

“My favorite memory was ‘Bring a Friend’ day. I think this is a great way to get more young girls interested in the sport. “

Allison Emrey, 2021 IOA Golf Classic winner and number 8 in the Race for the Card, said: “The progression from Girls Golf to LPGA means so much to me. It wasn’t always easy. I worked really hard to get to where I am. I’ve never been a player who progresses quickly so it feels even better to stick with it.

“When I was growing up, I was the only girl in all the tournaments I competed in. I remember going to my first Peggy Kirk Bell tournament and being amazed at how many other girls there were in the state and country. It was an eye-opening experience and got me into playing golf. All of my best friends went to the tournaments and we went out to eat after our rounds and had a great time.

“My journey has been tough at times. But I always try to think about why I love golf when times get tough. A big part of that is the memories I have of PKB tournaments. Now I hope to show young girls that when you dream big and are committed to your goals, they can come true. It may not be easy and it may come later than you think, but if you get something in your head, anything is possible. “

Some players did not have full LPGA * USGA Girls Golf programs available. But they still found a connection to the game. Rachel Rohanna, the 30-year-old who finished 10th in the Race for the Card, was introduced to the game at her grandmother’s Girls Golf summer camp in Columbiana, Ohio.

“It was always pretty cool to see my grandma inspire so many young players to get involved,” said Rohanna. “She always enjoyed it, and I think that’s why so many girls from camps in high school and college played golf.

“I remember attending camp all day and getting addicted. I would then play my grandparents’ course. It was a par 3 course called the Whispering Pines. I remember one particular day when I played 45 holes after camp. My grandma did a great job keeping the game fun and interesting. My grandfather was my swing trainer. The two were a great team. “

All of these players have taken different paths to the LPGA Tour. Schubert was a star at the University of Texas and won the US Women’s Amateur in 2017. It took a little longer for her LPGA touring career to begin than she had imagined. But she knows where she’s going from here.

“Participating in Girls Golf inspired and motivated me for my future in golf,” said Schubert. “It taught me never to give up and that it is a process that takes time to develop into the player I am today. I believe my trip on the Symetra tour taught me to be patient and trust the process and prepared me for the LPGA.

“I hope I can inspire girls through my hard work and dedication to the game. I’ve been inspired by many girls who came before me, so for the next generation I want to be what my golf heroes were to me. ”