When Mollie Marcoux Samaan officially took over the helm as LPGA commissioner earlier this month, she knew she had big footsteps in the face of the sizeable growth her predecessor Mike Whan oversaw during his 11-year tenure. But Samaan, the former sports director of Princeton University, is more than up to the challenge.

“I think we’re very similar,” Samaan said in a recent interview about Whan. “I hope to be as strategic and successful as he is. From what I’ve seen, he had this great balance between real strategy and a lot of things and great ideas. But at the same time very focused on the culture of the organization. And sometimes these things don’t go hand in hand. And what really impressed me is that I think he did both. “

After Samaan had spent the past few months quitting her role at Princeton and moving her family to the LPGA headquarters in Florida, Samaan went with a 100-day plan that was initially designed primarily to be around the players To familiarize yourself with the LPGA, the starting shot, events, teachers and staff as well as the various peculiarities of an admittedly complex organization.

“I honestly think that part of my job that I really enjoy doing is being a support system for the entire ecosystem, using my platform and role to help everyone else do their job better” , Called Samaan. “So this part of leadership is really fun, if you will, being the coach of a larger organization. That feels very pleasant and something that I enjoy doing. “ 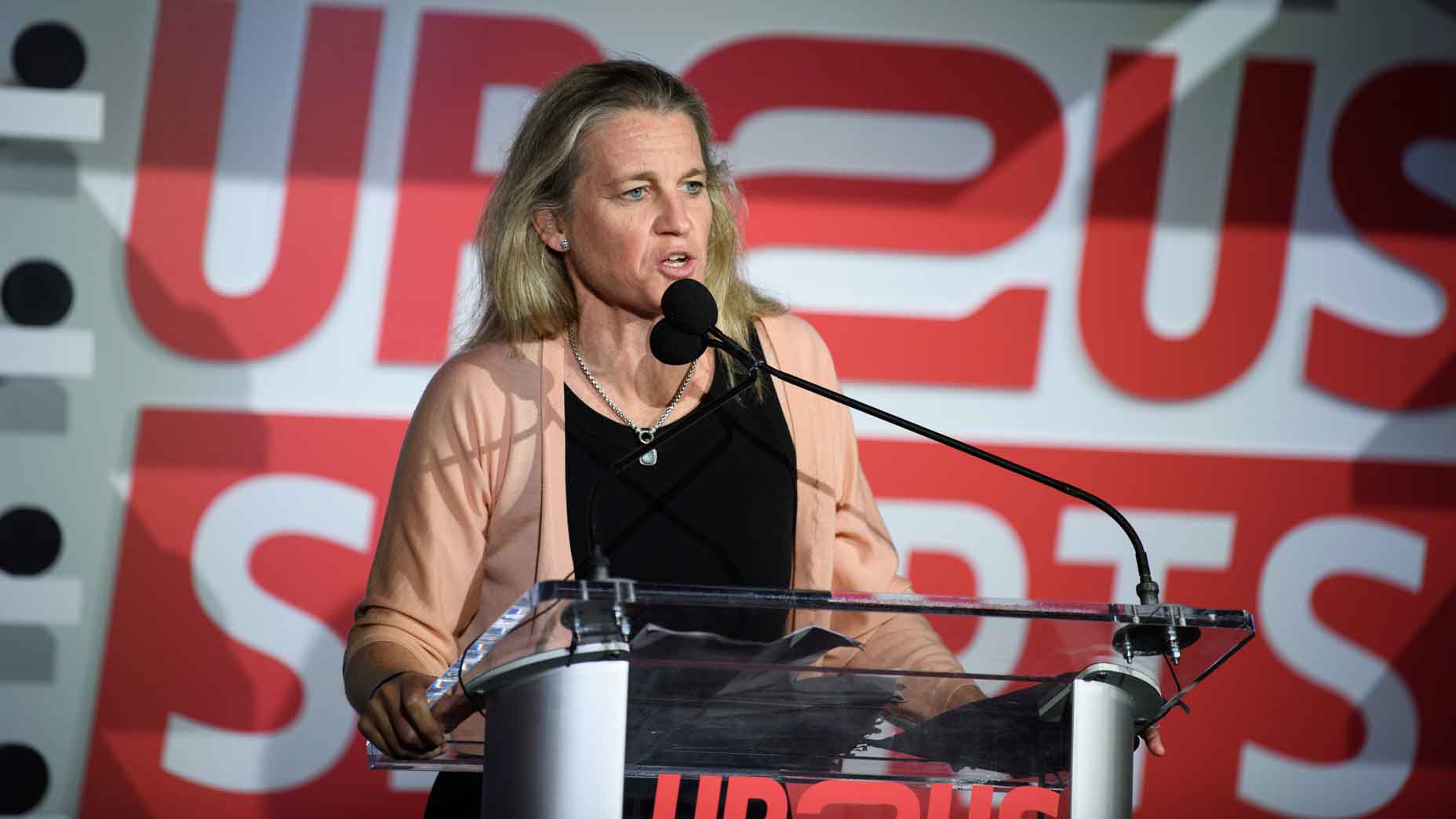 Samann already has a lot of support. She was unanimously elected to her new role by the LPGA board of directors, which also includes tour stars Michelle Wie West and Lydia Ko. LPGA legend Juli Inkster was also part of the search committee. So what is the future of the LPGA under Samaan’s leadership? Samaan says she looks forward to overseeing the best possible tournament schedule for the LPGA players.

“I think we’re going to be spending a lot of time partnering and sponsoring, spending a lot of time on our broadcasts and our technology,” she said. “I love the foundation work that we do. I love working with the amateurs. Obviously growing girls’ golf and we are working on this with our partners. It’s a complex task and there are a lot of things to do and I think part of the strategic plan is saying how we prioritize things. I’d love to spend my whole life doing each of these, but I think we have to choose; But the nice thing about it is that we have a team that does all of this, and we have a great team, so it’s my job to figure out how to support them in what they do. “

Another priority for Samaan? Make sure their players are well looked after in every way – especially financially.

“I think all the women on the tour should be able to have a really good life,” said Samaan. “You are the best in the world. To make sure they have these opportunities, the tournament schedule, the wallets, I think it’s all very important that we have to keep working on. “

The upcoming Solheim Cup will be Samaan’s first official event as commissioner. While Samaan insists that she and Whan are different people with different leadership styles, it is clear that they share two distinct characteristics: passion and positivity.

“It wasn’t really a job for him, it was a way of life,” Samaan said of Whan’s tenure. “And I always think, ‘Don’t do anything you don’t care. Don’t take a job if you don’t really believe in it. ‘ And that struck me from the start, it wasn’t a job. It was something he believed in and that’s why I took this job just because I really believe in what we do and it’s very important to me. “

As a four-year-old member of the first class of college female golfers in Columbia, Jessica can trump anyone on the masthead. She can also leave them behind in the office, where she is mainly responsible for the production of print and online features and oversees large special projects, such as GOLF’s first Style Issue, which debuted in February 2018. Her original interview series “A Round With” debuted in November 2015 and appeared in both magazine and video on GOLF.com.

← Golfing with Wynn: The Ball Hound breaks a record and Leighton 'Deer' Hunter comes out of nowhere! | Sports Chris French, a graduate of Bryon, qualifies for the PGA Major tournament →