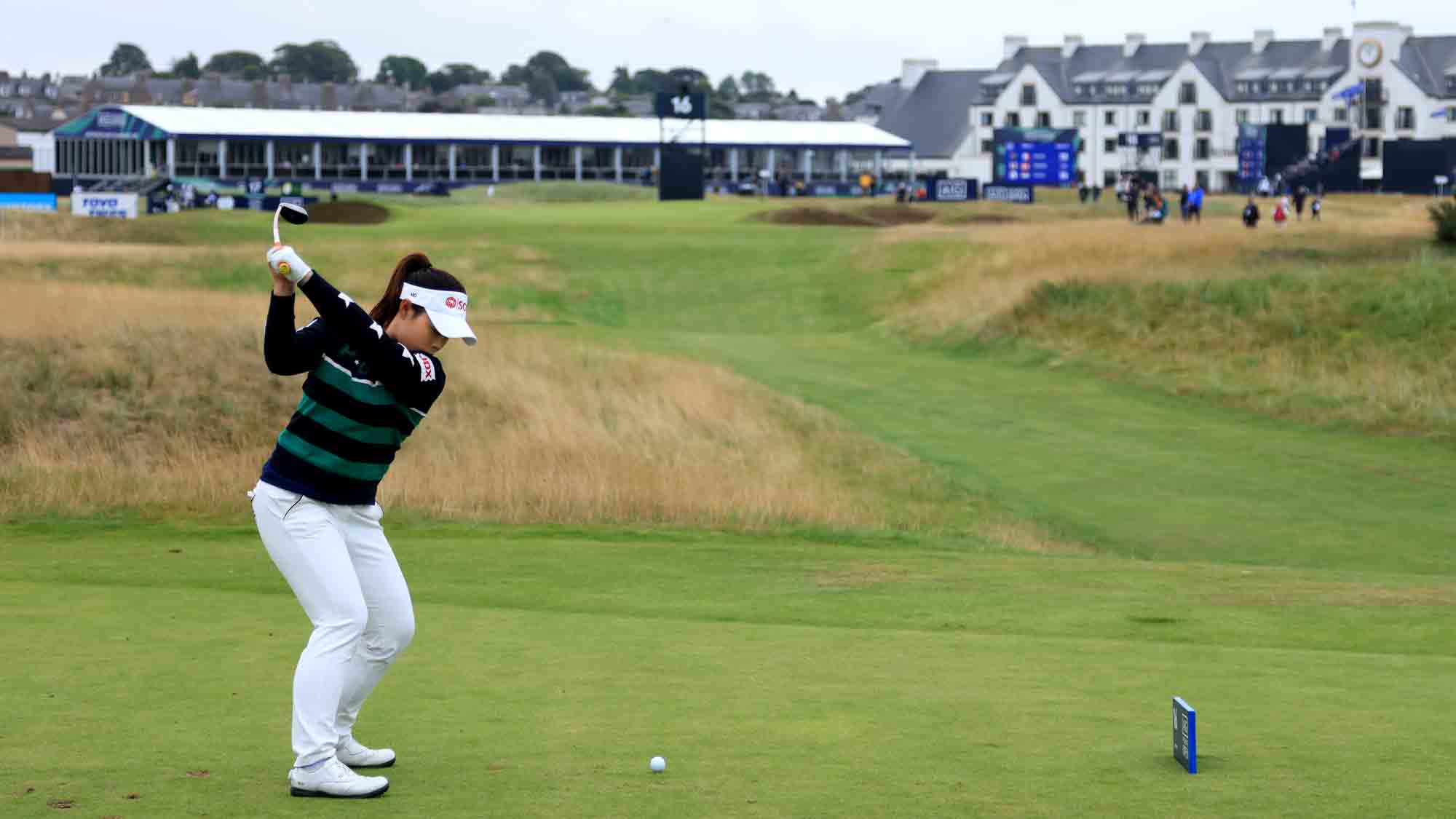 In the morning in Carnoustie, the weaker winds and the partly sunny sky made a course ripe for the journey. A 66 from Megan Khang became the low lap of the morning wave and the major championship so far, but as the gusts increased on the links the afternoon turned out to be more unsettling. Overnight leaders like Nelly Korda ended the day on par (-4 total and three strokes out of the lead). But Moriya Jutanugarn overcame the challenges Carnoustie presented, finishing the lowest lap of the later hours with a 5-under 67 and is a tie in fifth place.

At their ninth AIG Women’s Open, the lowest score is in the event, which was last recorded in the first round of the 2019 competition in Woburn.

“Hitting the fairway and greens is important to me and try to give yourself a good birdie chance if you can. I think Carnoustie is like really, it was tough out there. Even on a nice day like today, but you just have to stay up there and be vigilant all the time and just be patient out there, ”said Jutanugarn, who only made one bogey to six birdies on Friday.

Jutanugarn won the Dow Great Lakes Bay Invitational with sister Ariya for the first time since 2018, where two four-ball 59s helped boost the 26-year-old’s confidence as she prepared for the remainder of the 2021 season.

“It’s just something I work on all the time every week and just keep doing it,” Jutanugarn said. “It’s about the mindset on the golf course, really, and especially on this golf course you just have to be a really good mindset out there and just, you know, go ahead like you hit one bad shot, just go ahead and hit another Shot.”