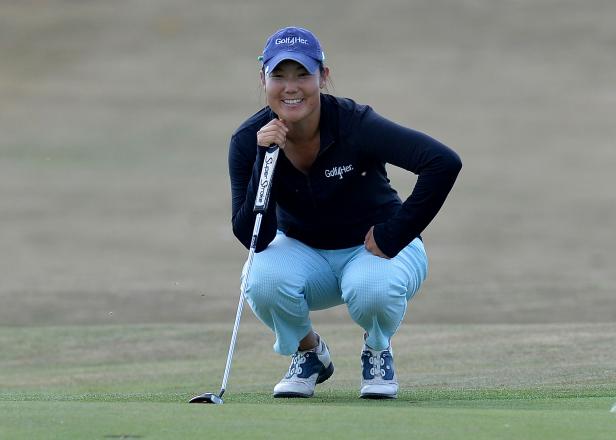 On the eve of the LPGA Classic Marathon, her 225th career start on the LPGA Tour, Tiffany Joh announced that she was retiring from competitive golf like only one of the most sarcastic players on the tour could.

“This is a news breaker here,” cracked Joh, 34, at womensgolf.com, “but this is my last tournament.”

Joh became more thoughtful to end her testimony and explained why she was stepping down after touring for more than 10 years: “I’ll be taking on a coaching job later this month. For me, a circle comes full circle when I look back on the part of my life that has so decisively contributed to making me who I am today. I would like to do that for future generations. “

Joh has not indicated where she will train, an official announcement is pending.

A week ago, Joh, a four-time UCLA All-American who graduated in 2009, was inducted into the Bruins’ Athletics Hall of Fame. Her stellar amateur career extended beyond the Inglewood campus. She played on the victorious US Curtis Cup team in 2008 and won the US Women’s Amateur Public Links title in 2006 and 2008.

When Joh turned pro in 2009, he won twice on the then Futures Tour in 2010 and 2011 before earning full LPGA status. She never won, but her best LPGA result was a runner-up at the Navistar LPGA Classic 2011. But her consistency carried her on tour for more than a decade and gave her the freedom to decide for herself to go on their own terms.

Joh’s greatest success in her LPGA career came against an opponent off the field. She was diagnosed with melanoma in January 2017. She had an operation to remove the malignant tumor at the end of the month. Ten days later, Joh was surfing to celebrate being cancer-free. Later that year she received the LPGA’s Heather Farr Perseverance Award.

During the pandemic and after the tour resumed playing with restricted COVID-19 rules, Joh realized she missed the camaraderie of interacting with friends and fans. The meals with friends and human connections she made fueled her urge to keep on tour. At the same time, she knew she had to start thinking about possible next steps.

“This is my 10th year on the LPGA Tour, 12th year as a professional golfer,” said Joh. “I need 40 minutes of foam rollers in the morning to feel like a human body again. And at the same time I would like to be a little more at home. … playing golf tournaments and majors is great, it’s a great experience, but I think when it comes to what is important to me at least now, it’s things like making human connections and building relationships and growing the Game. So for me it was a kind of natural development. “

Joh says she will still play at casual LPGA events when time permits. And her jovial personality was evident when she talked about a championship where she is determined to try to play in the future.