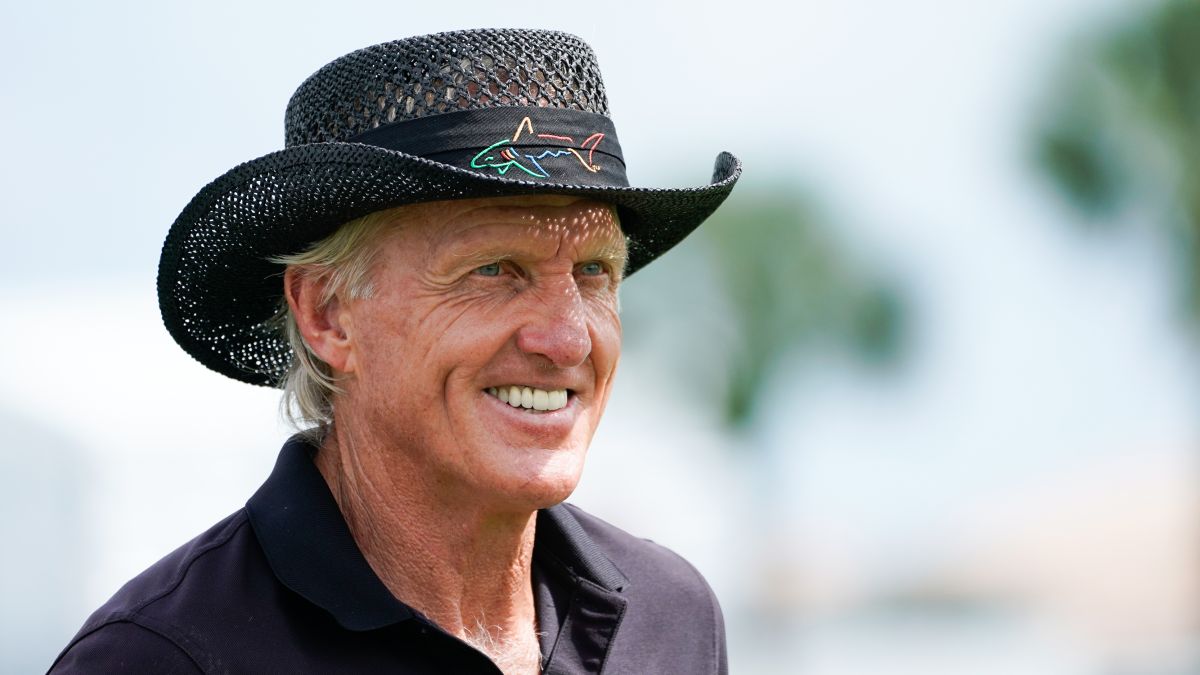 Thank you for signing up to Golf Monthly. You will receive a verification email shortly.

There was a problem. Please refresh the page and try again.

Greg Norman has revealed that a LIV Golf investment offer, similar to the one accepted by the Asian Tour, was turned down by both the LET and LPGA Tours.

The Australian, who remains the CEO of the LIV Golf group amid speculation his position is under review, has repeatedly claimed the Saudi-backed venture exists in order to the “grow the game”.

When put to the two-time Open winner that there has been little to no mention of the women’s game in his plans to establish a mega-money global breakaway league for the betterment of all, he insisted an offer was made.

“Well, we did approach the LET and the LPGA [Tours] with a substantial investment like the Asian Tour and we were rejected,” Norman said on the ‘5 Live Sport: All About…’ podcast. “So who is suppressing women’s golf, quite honestly?

“We offered that up. We may have a different strategy going forward, so sit back and wait. We’re here for a long, long period of time. We’re here to grow the game of golf on a global basis, not just in one specific sector [men’s], it’s across the board.

“Until you understand exactly what LIV Golf is all about and understand exactly the lanes that we’re going down and what we’re focusing on. Yes, people can speculate and judge and make comments but when you do know, and you do understand it, there’s not been one person in the world that I’ve spoken to that has said, ‘you’re crazy, don’t do this’.”

Backed by Saudi Arabia’s Public Investment Fund, LIV Golf Investments has committed to pumping $300 million into the Asian Tour across the next 10 years as part of an annual 10-event “International Series” that visits the likes of Thailand, Britain, Korea, Vietnam and Indonesia.

However, the entity has been widely condemned for attempting to “sportswash” Saudi Arabia’s poor human rights record, which includes its discrimination of women. This latest news should perhaps come as little surprise then.

Norman, the man spearheading the cause, has regularly sparked controversy when speaking on the matter. Just recently, he appeared to make light of the Saudi-approved killing of journalist Jamal Khashoggi in 2018. The Aussie brushed it off by saying, “look, we’ve all made mistakes”.

It was one of a number of setbacks for the rebel circuit that aims to take inspiration from the team element of Formula 1 to launch a franchise-based incentive scheme so players can maximise their revenue. The man brought in to oversee that aspect of the prospective league, Sean Bratches, has resigned from his role as LIV Golf’s Chief Commercial Officer according to the Sports Business Journal, just days after Norman’s incendiary remarks went viral.

But despite all the controversy, the series is set to plough on, with the inaugural $25m LIV Golf Invitational event kicking off on June 9 at the Centurion Club. Among those rumoured to be interested are Lee Westwood and Louis Oosthuizen, both of whom have been dropped by their longtime sponsor UPS for their potential involvement.