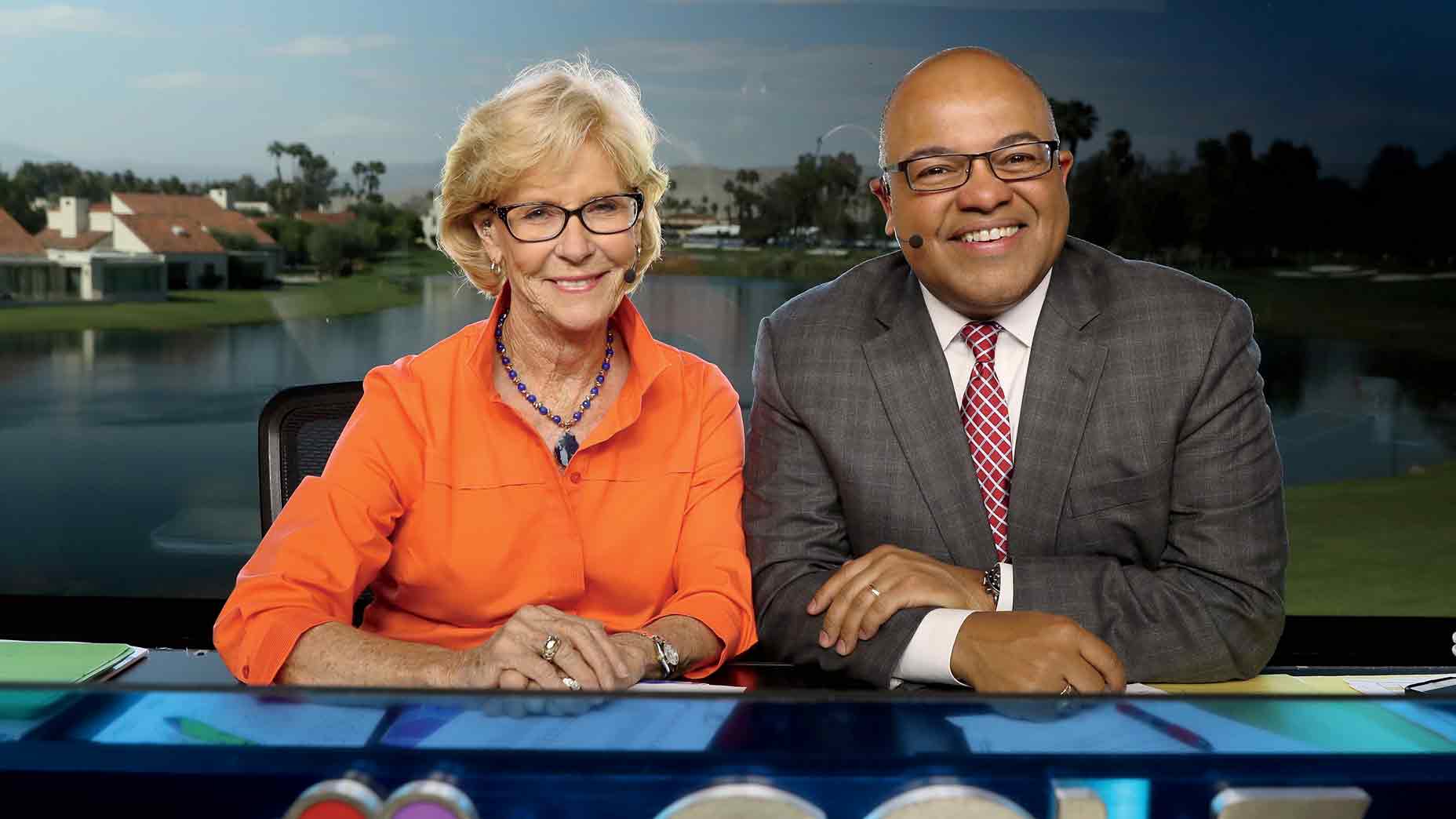 Thank you for joining InsideGOLF! As a valued member, you can look forward to much more exclusive content (like the story below) that will enrich both your understanding and enjoyment of the game. For more members-only InsideGOLF content, click here.

Some say Judy Rankin did everything a golfer could do. Except win a major.

Oh, please. Judy Rankin did everything you can do in golf and then some.

Let’s start by kicking away that everything-but claim like a broken tee. Between 1968 and 1979, Rankin won 26 times on the LPGA circuit. (That’s a whole lot of winning!) She won the Dinah Shore in 1976. It was a four-day event. It was played at shiny Mission Hills before swollen crowds. Everybody and their mother played in it — if they could get in. It was a major.

Yes, the LPGA record book says the Dinah Shore didn’t become an official major until 1983. That’s hilarious. The players, in conjunction with we the people, decide what tournaments are majors. There’s no official anything.

Majors are about how we feel about certain events, certain courses, certain winners and their paths to the finish line. Mickey Wright won it in ’73, its first year as a 72-hole event. Judy in ’76, Kathy Whitworth in ’77, Nancy Lopez in ’81. That’s a whole lot of greatness! Judy’s win, and how we feel about her, helped make the tournament a major. Okay, Judy’s lone major, if that’s how you need to keep score. But there’s way more to Judy Rankin’s life and times than that.

Rankin, as an amateur, on the cover of Sports Illustrated.

I became a fan the first time I saw Judy in person in 1977, when the LPGA came to Long Island. I caddied in the pro-am and can still recall Judy’s headband, dark glasses, rhythmic swing and her effortless style. She was Mrs. Rankin in the write-ups in the New York Times. Mrs. Rankin contended and finished fourth.

She, of course, didn’t know that at the time, just as she didn’t know she would eventually have a second, equally remarkable and totally different career. As a broadcaster, Judy Rankin didn’t have to try to be insightful, efficient and (in the best possible sense of the word) appropriate. She just was.

We talked by phone as Rankin made a West Texas drive she’s done a thousand times, from Lubbock to Midland. Judy has lived in Midland, her late husband’s hometown, for decades. In fact, there’s a delightful nine-hole par-3 course there, at the Midland Country Club, called The Judy.

She also has a home in Lubbock, where her only child — a son who goes by Tuey — lives with his family. When Judy travels for work, she brings her two shelter dogs to Midland, where they bunk with family friends. Judy was starting the long trip to Palm Springs and Mission Hills for the first major of the year, the Chevron Championship.

That’s the tournament name these days. But to Judy Rankin — and Juli Inkster and Amy Alcott and Betsy King and others of a certain age — the tournament will always be the Dinah Shore. Or The Dinah. Or Dinah. Judy Rankin was heading out to work her final major. She’s 77 — not that you’d ever guess it. Judy was going to Dinah one last time.

“It’s hard to believe that one woman represents the entire span of LPGA history,” Molly Solomon, a longtime NBC Sports executive, told me recently. “When Judy got on tour [in 1962], you still had some of the LPGA’s founders playing.” Patty Berg, Marlene Hagge, Louise Suggs, others. “And here we are in 2022, and she’s covering the Korda sisters.” 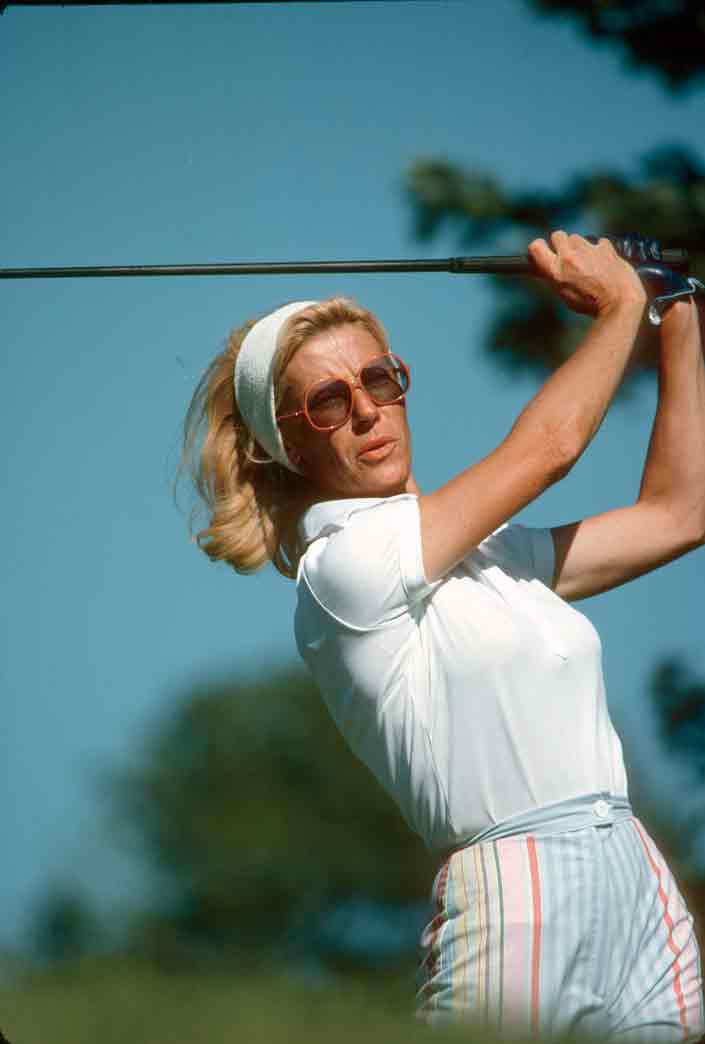 In 1977, Rankin was in top (and exquisitely stylish) form, winning five events in a six-month stretch of time. In ’76, the Hall of Famer put up a six spot.

A life, pretty much, in the public eye and she’s been a role model at every stage of it. Ask anybody. Start with Beth Hutter.

“Judy has time for everyone,” Hutter, a longtime NBC Sports producer and Judyophile, will tell you. “Up and down the driving range. Every player, every caddie. If we’re out for dinner and there’s a player at another table eating alone, Judy will say, ‘Come join us.’ Fans at tournaments, lost strangers in airports — everybody.”

Even, remarkably, the young talent that coveted Judy’s swivel chair and job, working hundreds of men’s and women’s events as a reporter, interviewer, commentator, host and analyst. Rankin started in TV in 1984. She had long stints with ABC, ESPN and NBC. Her commentary was a no-hyperbole zone.

“Judy could say anything in eight words,” Molly Solomon will tell you.

Judy Rankin has to be the most unassuming legend you could ever hope to meet. Before the start of the World Golf Hall of Fame ceremonies this year, she was in the vast lobby of the Sawgrass Marriott, about a mile away from where the induction would be taking place, chatting with Solomon and others. “And Judy says,‘Oh, can I hitch a ride over there with you?’ She was a presenter,” Solomon says. “But had no expectation that there would be a car waiting for her.”

Rankin’s job that night was to introduce a close friend who was being inducted, Susie Maxwell Berning, a three-time winner of the U.S. Open. Susie returned the favor. “For you to win 26 times, yet you fainted at my wedding?” Berning told the sparkly crowd. “I don’t understand that.”

They’ve been joined at the hip forever. When Berning won the 1972 U.S. Open at Winged Foot, Judy finished a shot behind her. Susie told me about a season-ending event, a long time ago, at which both women needed a good finish to qualify for a free car — an Oldsmobile Toronado! — for the following year. Susie remembers them being overserved on Saturday night and both playing lights out on Sunday. Judy’s less certain about the cause and effect. Susie loved the car. Judy liked the car but not the huge name tags attached to its doors. They spent the week together in Palm Springs when the LPGA went to Mission Hills this year for the grand finale.

It’s hard to believe that one woman represents the entire span of LPGA history,” says an NBC Sports executive. “And here we are in 2022, and Judy’s covering the Korda sisters.”

Judy, who was twice a Solheim Cup captain, too, was in her Lincoln Navigator with her two mutts as she drove and talked across West Texas. As a player, she said, she was surrounded by people who had advice for her. As a broadcaster, she said, she figured out what works for herself. That’s not the usual pattern, she said, for a player who goes to TV. But it worked for her.

There was a taped tribute to Judy at the end of the Chevron telecast. It was lovely, fitting and heartfelt. Judy mentioned Dinah Shore, both the person (an entertainer who loved golf ) and the tournament won by herself and other legends. Jessica Korda said what millions of people were surely thinking: “I love listening to Judy.”

Judy’s golf. It’s her voice, her sense of decorum, her grace under pressure, club or mic in hand.

Goodbye to tournament golf, and goodbye to us. (That’s hard to consider.) Hello to whatever comes next.

“My heart is full,” Judy Rankin said at the end of her final major broadcast.

She’s a major example, for all of us. Her whole life is a major.

Michael Bamberger writes for GOLF Magazine and GOLF.com. Before that, he spent nearly 23 years as senior writer for Sports Illustrated. After college, he worked as a newspaper reporter, first for the (Martha’s) Vineyard Gazette, later for The Philadelphia Inquirer. He has written a variety of books about golf and other subjects, the most recent of which is The Second Life of Tiger Woods. His magazine work has been featured in multiple editions of The Best American Sports Writing. He holds a U.S. patent on The E-Club, a utility golf club. In 2016, he was given the Donald Ross Award by the American Society of Golf Course Architects, the organization’s highest honor.