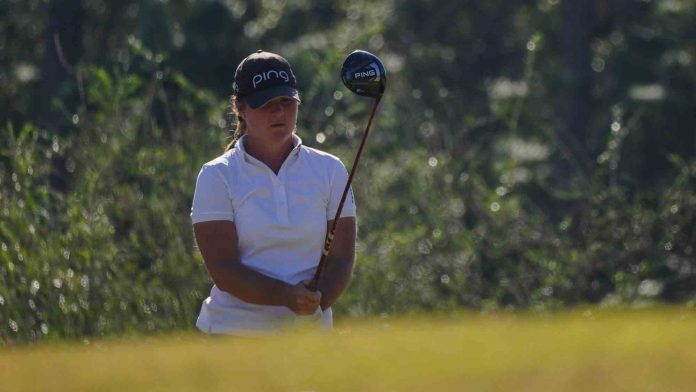 The German Isi Gabsa left the 18th green with a crooked smile on her face and ended a great round of 68 with a frustrating bogey on the last hole. National coach Stephan Morales quickly put an arm around his student and gave her a brief piece of advice – don’t think about that one frustrating moment.

Having familiar faces on an otherwise empty golf course has been a long week for Gabsa, Symetra Tour Member since 2016 and LPGA Tour Member since 2019. Aside from her trainer, who runs off the ropes, Gabsa has her older brother Pascal on the bag, a role he plays every time she enters a qualifying tournament.

“That’s his job at the beginning of the year,” says Isi of her brother, a new PGA professional at the Munich Golf Club. “It’s like, ‘When you have to go to Q-School. I’m signed in and I’m booking my flight. ‘ So he’s always out there. “

Pascal Gabsa, who passed his PGA exam two weeks ago, is training a team of 14-year-old girls in Munich, and the team thinks their trainer’s little sister is pretty cool. He came to Mobile with a stack of hats that Isi was supposed to sign, and a girl said to him: “One day I want to be as good as your sister.”

With 54 of 144 holes, Isi Gabsa certainly makes her brother’s team proud. And Pascal has more at stake than just keeping his team happy. “I have a bet going on with my brother,” said Isi. “He’ll get some Legos if I get in the top 10 at the end of the week, so he’s really excited when I’m up somewhere.”

Which set does he want? A Star Wars Imperial Star Destroyer that will make her a cool $ 700. But if Pascal helps Isi get back on the LPGA tour, the effort will be more than worth it.