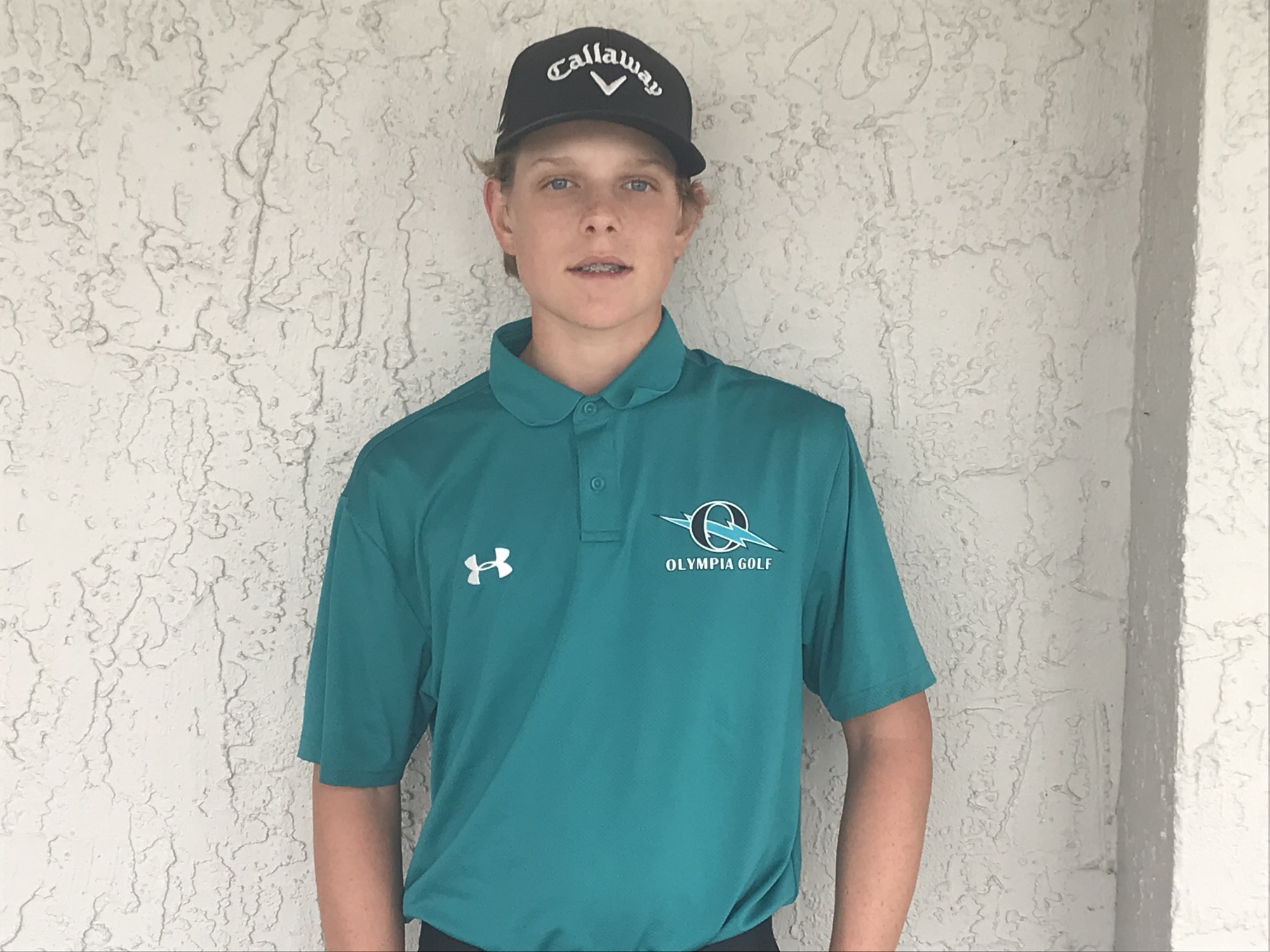 Aaron Leach is an Olympia Titans golfer. Having started playing golf at a young age, Leach has been a standout player on the Titans golf team since arriving at Olympia. He has won seven tournaments on the Florida Junior Tour as well as a state championship. Leach recently won the regional championship in one fell swoop after shooting a 70 (-2) in the FHSAA Class 3A Region 3 championships. He will take part in the state championship of class 3A on November 16th. Leach hopes to attend a Division I college for golf, compete on the PGA Tour, and eventually win the Masters after graduating from Olympics.

How long have you been playing golf?

I started when I was about one and a half. We have a putting green in our yard and my parents had plastic clubs for me. I would putt back there with them and I thought it was fun. When I was two and a half we went to the driving range and I started hitting balls for the first time. I played my first tournament when I was 7 and won that, so I thought I might as well play it.

What do you enjoy most about playing golf?

You never know what will happen every day. Every time you hit a shot, something can happen. I like the competitiveness and the fact that no two courses are alike. It’s something new every time I play.

What is your favorite place that you have played?

Orange tree is pretty nice. I love to play it. However, the best place I’ve played is Quail Ridge in Boynton Beach.

Describe the best tournament or round of golf that you have played.

In match play I played 128 holes in one week. That was one of the best tournaments I have ever played because I was behind a couple of times with a couple then I would win the last four holes to win this game. There was no score except to win a hole. That was the longest and mentally toughest week I’ve had.

How do you stay focused on the course?

When I’m not past my shot, I stay in the moment by looking around where I am now and finding something like that it’s a nice day. After my shot, I stick to my routine. I hit my shot and I’m not worried about the results.

Who is your favorite golfer?

Justin Thomas – I like the way he plays, his swing is good and he stays very calm on the pitch. He is also capable of coupling like me.

What are your hobbies outside of golf?

I enjoy playing basketball and video games, and I really enjoy going to the gym. What I like about the gym is that it’s time to improve because it’s a quiet place for me. I don’t watch basketball a lot, but I like to play it.

What is your favorite basketball team?

“Happy Gilmore” and the John Wick series. I really like action films.

Universal – my favorite ride is Revenge of the Mummy.

What is interesting about you that nobody would expect to know?

I’m really into cars. I like all kinds of things.

Bugatti Chiron, but I also like Ferraris. The Ferrari Pista is really nice, as is the LaFerrari.

Without a price tag, what would your dream car be?

Rolls Royce – these things are basically more than a house. I like sports cars, but I would say my dream car would be a Rolls Royce.

The Observer has invested in new technology so that you can enjoy a more personalized online experience. By creating a user profile on OrangeObserver.com, manage settings, customize content, enter contests, and more, while still enjoying all the local news that matters to you -.