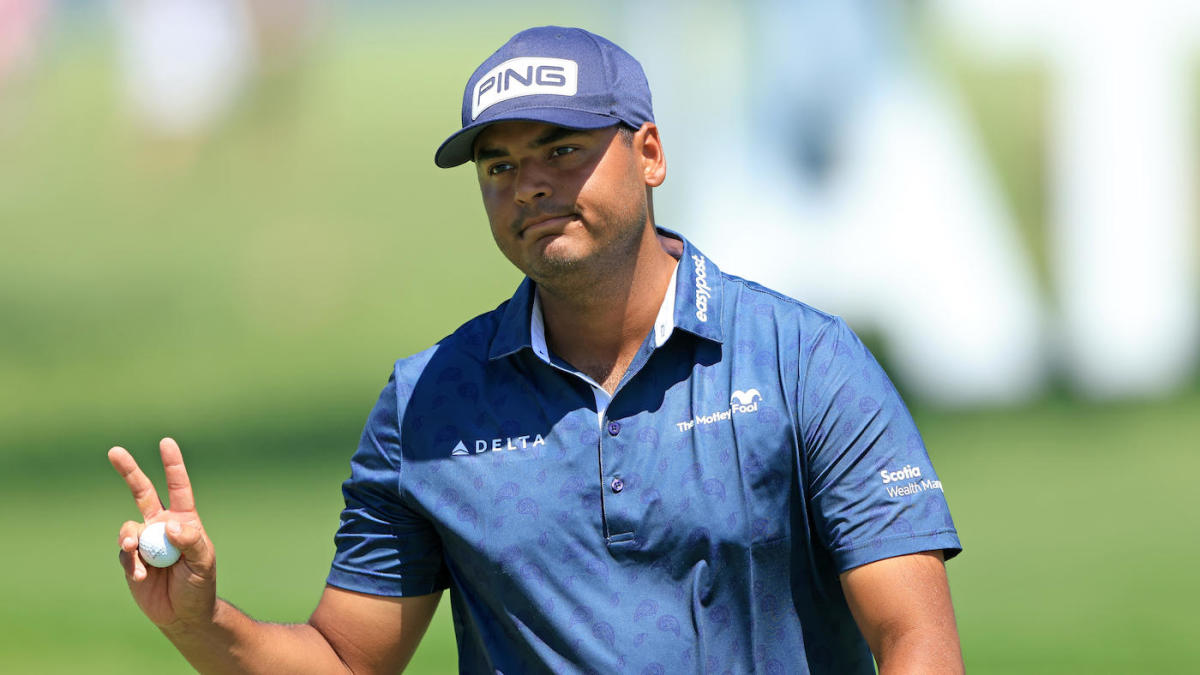 The first round of the AT&T Byron Nelson lived up to its billing on Thursday as a course (and PGA Tour) scoring record was set and a handful of the top players in the field challenged the lead after 18 holes. Sebastian Munoz set fire to TPC Craig Ranch early with a 60 (including a bogey!) as Masters champions Jordan Spieth and Scottie Scheffler both made runs at the top of the board later in the day when conditions got much windier.

Though the very top of the board is not sexy (except for one fellow we’ll get to shortly), the entirety of the tournament is shaping up to be terrific over the next three days with somebody running away at the top with several major champions chasing.

This tournament has always been low-scoring, no matter which venue it’s gone to — from TPC Four Seasons to Trinity Forest and now to TPC Craig Ranch — and the only thing that can change that is heavy wind over the next few days. Otherwise, 59 is truly in play, and with the quality of golfers in this field and a little further down on this board, it’s a very real possibility.

Let’s take a look at Munoz’s round and the rest of Round 1 on Thursday and what’s ahead in Round 2.

Sebastian Munoz (-12): Some people love 59s, but I prefer 60 with a bogey like Munoz shot on Thursday. It’s the hipster’s 59. More importantly, it set the course record, tied the tournament record and gave him a four-stroke advantage going into Round 2. It’s also the second 60 or better he’s had this season with the other coming in Round 1 of the RSM Classic where he went on to finish third. Incredibly on Thursday, Munoz was only 2 under through the first eight holes before finishing 10 under on his last 10. Here’s what the card looked like after that:

“It’s a great feeling whenever everything is clicking, hitting the tee shots, ball is coming out in the window that you imagined,” Munoz said. “… When everything is going it’s just stay out of the way and just kind of let it happen. So that’s what I did.”

Lee is one of the better characters on the PGA Tour and the player I was referencing when talking about the sexiness of the leaderboard. Here’s the quote Lee, who won this tournament last year the week before the PGA Championship, is most known for (and with good reason).

He shot 64 playing with Scheffler and Spieth, which is sexy as it gets and has a chance to go back to back despite just one top 10 in 26 starts since that win at TPC Craig Ranch. In five rounds on that course, he is now 33 (!!) under par.

Speaking of Scheffler and Spieth, they shot a combined 10 under alongside Lee, which means that group was 18 under on the day. Scheffler was his usual elite self (his 3.21 strokes gained was actually just barely above his average for the year so far), but Spieth is a far more curious case. He’s driving the hell out of the ball — statistically as well as he’s hit it off the tee in years — but every other part of his game is fairly average (especially for him). It’s hard to know what to make of this, but it has become clear that if he can clean up his game from fairway to holing out, he’s going to have a monstrous summer. With three major championships on deck, that could mean an already-elite resume gets even longer.

One other player whose finish I was impressed with was Justin Thomas. He was 2 over through his first even holes on a day when anything in the 70s was a pretty mediocre score but he ripped off four birdies and an eagle over his last 11 holes to play his way into the top 25 after the first day and stay in the hunt. There’s no better show in golf than when J.T. is changing speeds with his irons, and he hit six of his last 11 approach shots to 12 feet or closer.

Stat of the day

At the end of any season, the collection of rounds in which a player gains at least 10 strokes on the field can normally be counted on one hand. Munoz accomplished that on Thursday by finishing 10.21 better than the field average, and according to Justin Ray, it’s the first time this season in which somebody has been 10 better than the field. That’s an unreal number that’s both rare on the PGA Tour and probably doesn’t get the credit that it should. The 60 might be scoffed at because it’s an easy golf course — which it is — but you have to respect when somebody is 10 or more better than all the other best players in the world.

Here’s a look at the new odds after 18 holes, courtesy of Caesars Sportsbook.

Scheffler is getting all kinds of respect given that he and Spieth are both seven back, and his odds are half of what Spieth’s are. It’s deserved, but that number is way too short. If you’re looking purely at sustainability, I actually don’t think Munoz is too bad at 3-1, but it’s Lee I love at 14-1. He was second to Munoz in strokes gained tee to green on Thursday and obviously loves this golf course. I can easily see him going back to back this week even without a ton of momentum coming in. Also, Spieth at 16-1 is intriguing. If the putter gets hot, get the curtains ready.