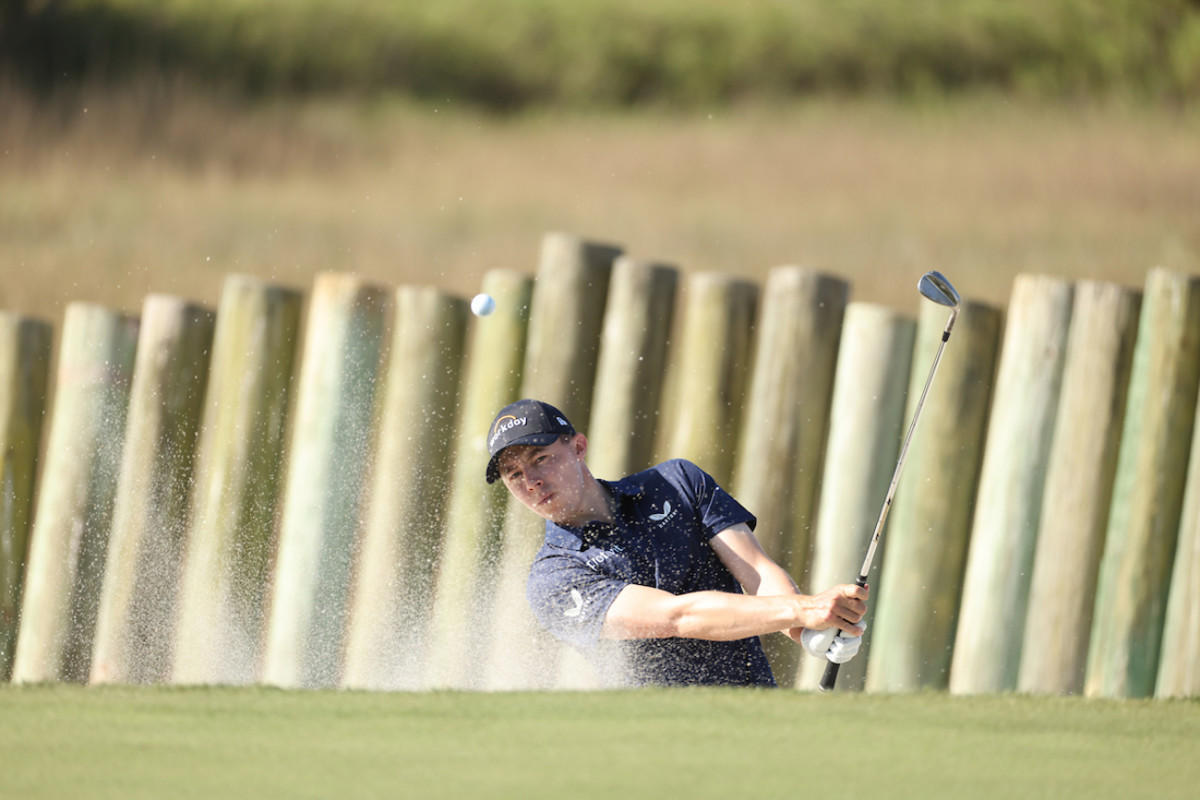 At +4000, Matthew Fitzpatrick as all the right tools to content for his first major.

K.H. Lee used a final-round 63 to do something only Sam Snead, Jack Nicklaus and Tom Watson have done in their careers, and that’s defend their titles at the AT&T Byron Nelson. Lee is now an absurd 51-under-par at TPC Craig Ranch over his last eight rounds there, so no matter his form, make sure he is on your card next year.

As for the picks, birdie machine Davis Riley lived up to his reputation by recording a T-9 for us, but favorite Will Zalatoris and sleeper Kevin Kisner never got off the starting block.

We now head just a few hours north for the second major of the season, the PGA Championship at Southern Hills Country Club in Tulsa. This will be the first time the club has hosted the PGA since Tiger Woods won in 2007. Woods will be in the field but defending champion Phil Mickelson will not. The layout will present a brutal par-70 challenge at almost 7,600 yards, with both par 5s on the course playing over 600 yards. Contenders are going to be long off the tee here, but those who can find the fairway more often will have the largest advantage.

According to SI Sportsbook, Masters champion and World No. 1 Scottie Scheffler is the favorite at +1100. Right behind is recent Mexico Open winner Jon Rahm at +1200. Next up are two-time PGA champion Rory McIlroy at +1400 and one-time PGA Champion Justin Thomas at +1500. To close out the notables is Jordan Spieth looking to complete the career grand slam at +1600.

For our favorite, we’re going to step just outside those mentioned above and take Patrick Cantlay at +2200. There is solid value here on the reigning FedEx Cup champion because he’s somehow still flying a bit under the radar. The recent co-winner at the Zurich Classic has five top-10 finishes since the new year, including two playoff losses. A few other stars have similar resumes so far this year, but the differentiator for Cantlay is bentgrass greens. Five of his six PGA Tour wins have come on bentgrass greens where he ranks first in strokes gained: total and second in strokes gained: around the green and putting. They say, “defense wins championships.” Well, putting wins majors and this week shapes up to be all the right ingredients for Cantlay’s first.

For a midrange pick, Matthew Fitzpatrick at +4000 looks right. He is another player who’s been overlooked a bit while having a very positive year. Outside of his missed cuts at the Players and RBC Heritage, he has finished no worse than 14th since the start of 2022. Those starts include four top-10s and a second-place finish two weeks ago at the Wells Fargo Championship. Throughout the entire campaign, Fitzpatrick ranks in the top-25 in every key strokes gained category, including sixth in tee-to-green and first in strokes gained: total. Southern Hills will force players to be precise on their second shots and if Fitzpatrick can utilize his strong iron play, he’ll be right there in contention as he normally has been this year.

For a sleeper, we are going back to Cameron Young at +7000. The last time we picked him, he finished T-2 at the Wells Fargo Championship to continue the blistering start to his career. The rookie now owns seven top-20 finishes and has only missed five cuts in 15 starts. Most importantly, Young ranks second in strokes gained: off-the-tee and ninth in driving distance, a crucial stat because not only will players need to be long, but they’ll have to hit fairways to be successful at Southern Hills. Young also ranks sixth in birdie average and ninth in scoring average. We expect Young to not only compete for his first win on Tour, but his first major, too.

Here are some notable odds, according to SI Sportsbook:

← Blackwater Golf Club in Crestview might be renovated, opened by July Fourlaps Equip shorts look like golf shorts but are so much more comfortable →