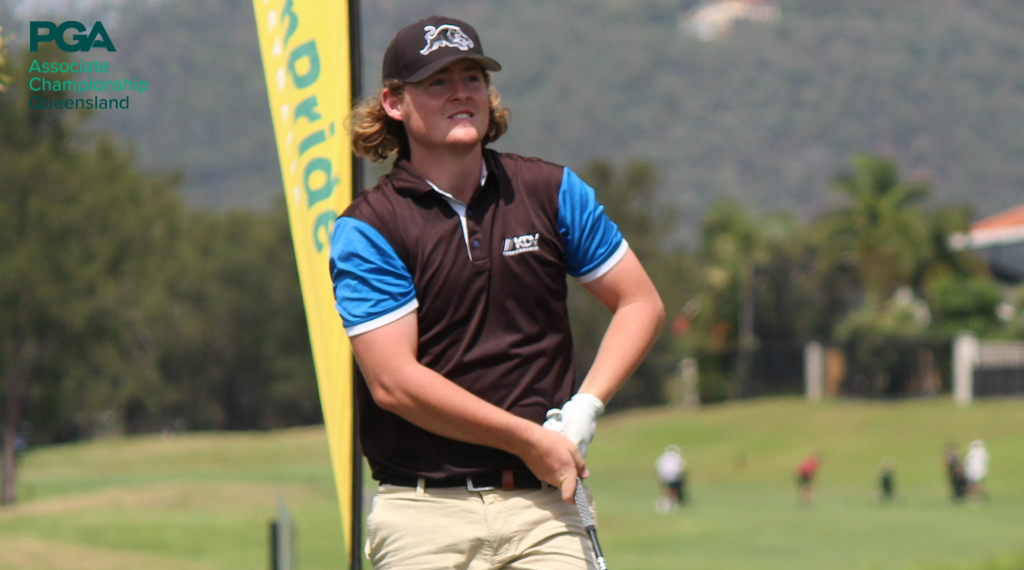 Harrison Wills set a 26-year-old record with a round 8 under par 64 and led the QLD PGA Associate Championship with five strokes after the first game day.

“It all came together today, both with my long game and the putter,” said Wills, who runs his PGA Membership Pathway Program at KDV Sport on the Gold Coast.

“I didn’t do anything with my game other than stick to my plan – and it’s starting to pay off.”

Wills’ bogey-free round, which included six birdies and an eagle, matched Wayne Perske’s performance at the Windaroo Lakes Golf Club in Logan during the 1995 QLD Open on the narrow and windy course where ball control is critical.

Not to be outdone, Mackay PGA Associate Gavin Moran added to the highlight role by hitting a hole-in-one with his 6-iron on the 15th hole.

Five shots back to second is Southport PGA Associate Peter Lyon after his 3-under 69 with five birdies and two bogeys.

“I played really well today, apart from a few strokes and it’s hard to believe that I actually have five strokes behind me,” said Lyon.

The top three is rounded off by last year’s runner-up Elliot Beel from Mackay Golf Club, who scored a 2 under par 70.

The second round of the 2021 QLD PGA Associate Championship starts tomorrow morning at 7:00 a.m. at Windaroo Golf Club in Logan City.