Billy Horschel wins the BMW PGA Championship, making it only the second American to win the famous event 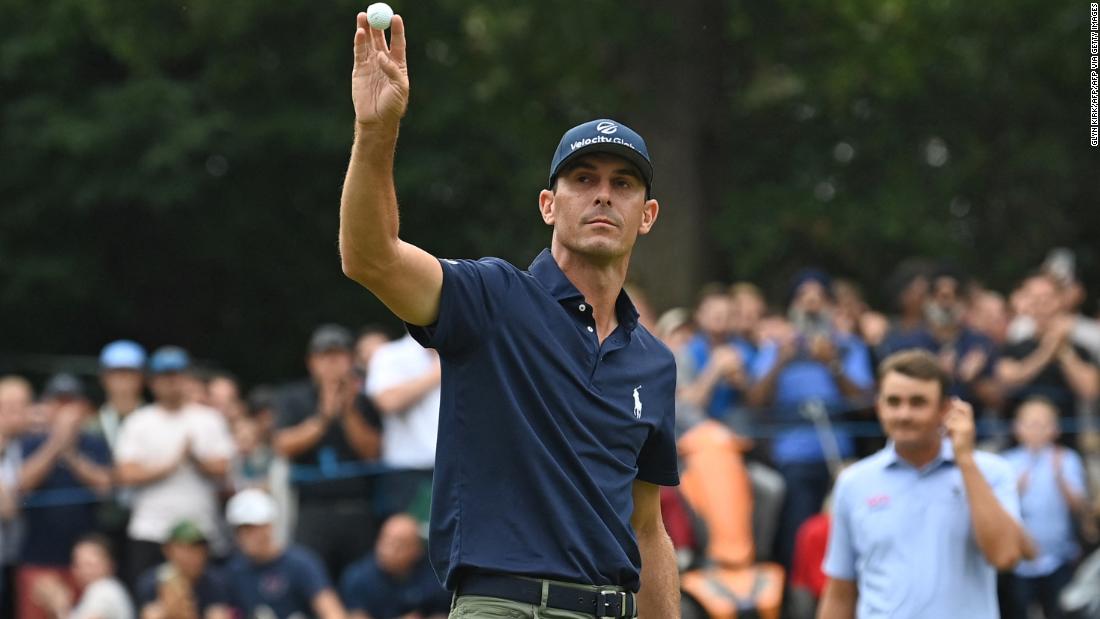 The 34-year-old shot a brilliant seven-under final round 65 to finish 19-under and one shot ahead of Jamie Donaldson, Laurie Canter and Kiradech Aphibarnrat at Wentworth Golf Club.

In the penultimate group, Horschel played with his birdie on the 18th hole just before Canter, who was in the final pairing.

But England’s Canter could only finish with a par on the last hole, presented Horschel with the famous trophy and placed his name next to one of the greatest golfers, Arnold Palmer. Widely regarded as one of the most influential players in the sport, Palmer is the only other American to win the event, back in 1975 at Royal St George’s.

And one day after Palmer’s 92nd birthday, it was a special moment for the Florida native.

Horschel was one of the American golfers who narrowly missed qualifying for Steve Stricker’s Ryder Cup team, but he didn’t seem to mind.

He got out of the blocks on the final lap on Sunday and put three birdies and no bogeys on the first nine holes.

And when Horschel came down the last straight, where the pressure increased at the top of the leaderboard, Horschel avoided all bogeys and carded four more birdies to bring him to the top.

With the victory in the flagship event of the European Tour, Horschel is the first American to win a Rolex Series event.