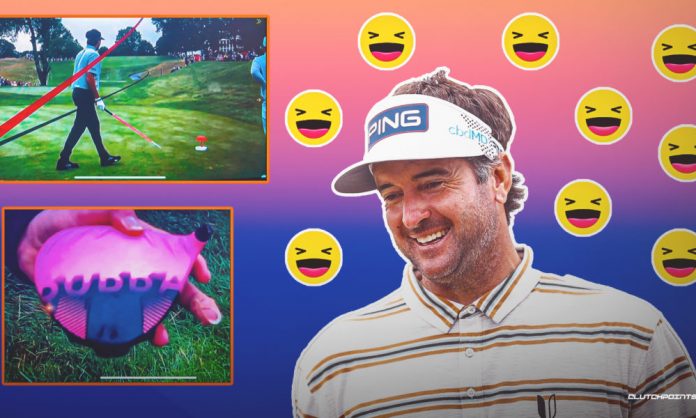 The PGA is full of outstanding golf, and the Travelers Championship is no exception. Now it has been taken over by Bubba Watson again. This time around, however, it was a one-off event and something rarely seen in the PGA. On Friday morning, Bubba was on the tee and hit the ball – and sent the driver’s head with it.

Perhaps the most fascinating part of it all is that Watson still found a way to land his ball in the fairway. That alone shows you how good he is at golf. Break the club, still get a decent shot. The PGA gods have to take care of him.

The brutal force he must have used to take his head off the bat must be astronomical.

Bubba Watson just hit a drive with so much fade so hard it broke the club’s head pic.twitter.com/r0DttGMzIC

Perhaps this is a godsend for Watson looking to claim a PGA victory at the Travelers Championship this weekend. If he can knock off the club head and still land on the fairway, the golf gods have to be by his side.

Watson has won the Travelers three times and opened the PGA tournament with some of the highest odds to take home the win. After this recording on Friday, it certainly feels like luck is shifting its path.

At the moment, Bubba Watson has to grab another club and get active again.

PGA Tour Superstore swings through the years for Father’s Day