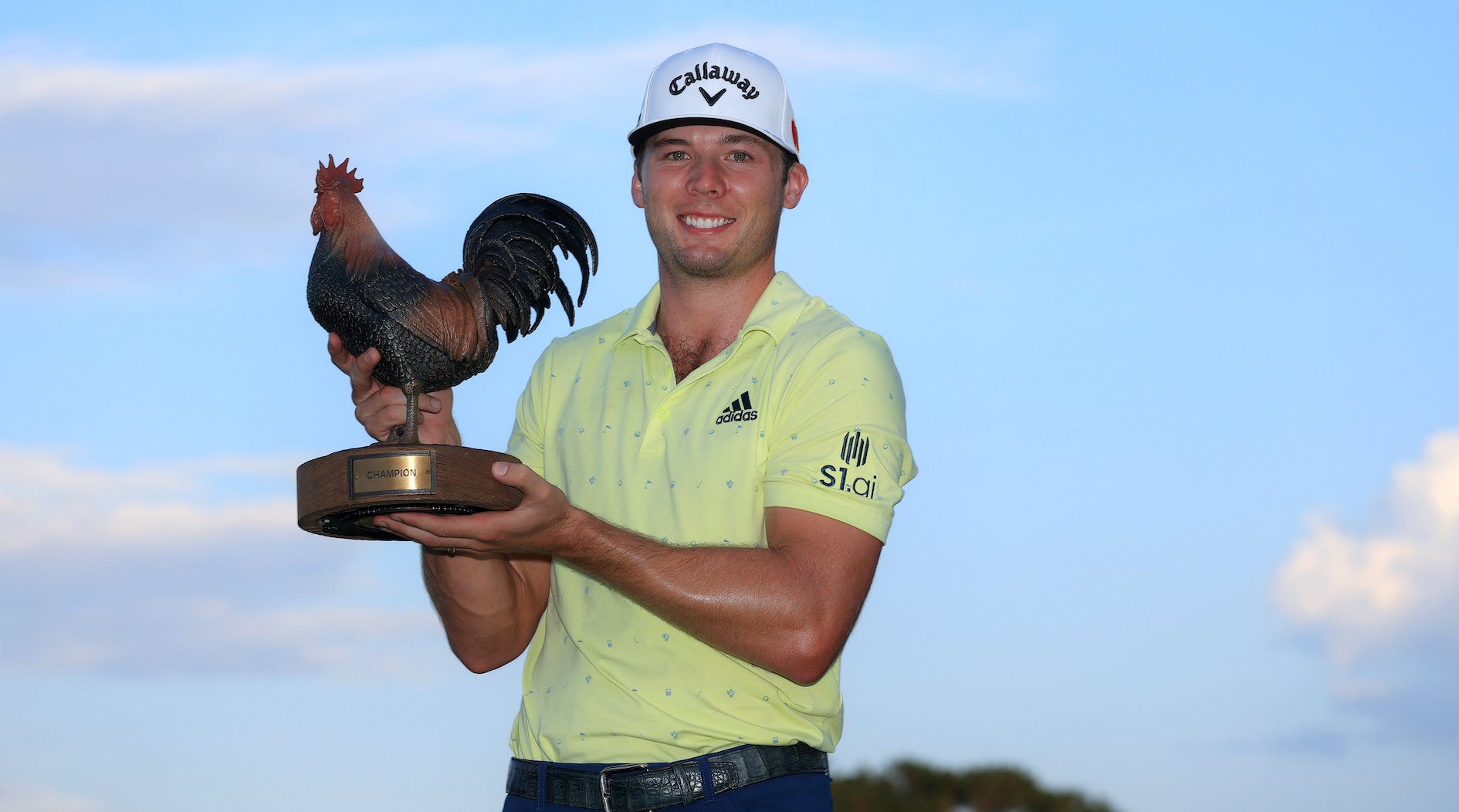 With a bevy of contenders aiming for their first Tour win, Burns took four birdies on a six-hole course at the Pf Jackson Country Club in Mississippi for a key advantage.

He took the lead with two strokes in 18th place and got himself a safe bogey from the green bunker for five under 67 and a total of 22 under 266.

Watney, who had his worst season in more than a decade, finished with a 65 and had his best result in more than three years.

Young’s hopes began to fade on the 14th with a clunk from the rough into a fairway bunker, resulting in him having to do a four-foot bogey.

Even so, he slicked up and down from the 18th green for par, which gave him a 68 and a stake in second place, which sets him up well for the season.

That starts with playing in Las Vegas next week instead of going through qualifying on Monday.

Another place in the field for the next PGA Tour event was Sahith Theegala, the Californian rookie, who went into the final round with one shot ahead.

He battled to the second nine on Sunday to close at 19 under with a 71 and a stake of eight.

The 25-year-old from Louisiana is only just beginning to cash in for Burns.

He won the Valspar Championship at Innisbrook in the spring and had more chances all year round when he lost a playoff at a golf world championship in August and was one stroke away from a playoff in Riviera in February.

With his second win of the year – at his first start into the new season – Burns has now moved into the top 20 in the world rankings for the first time.