Capital Ones The Match with Bryson DeChambeau and Brooks Koepka 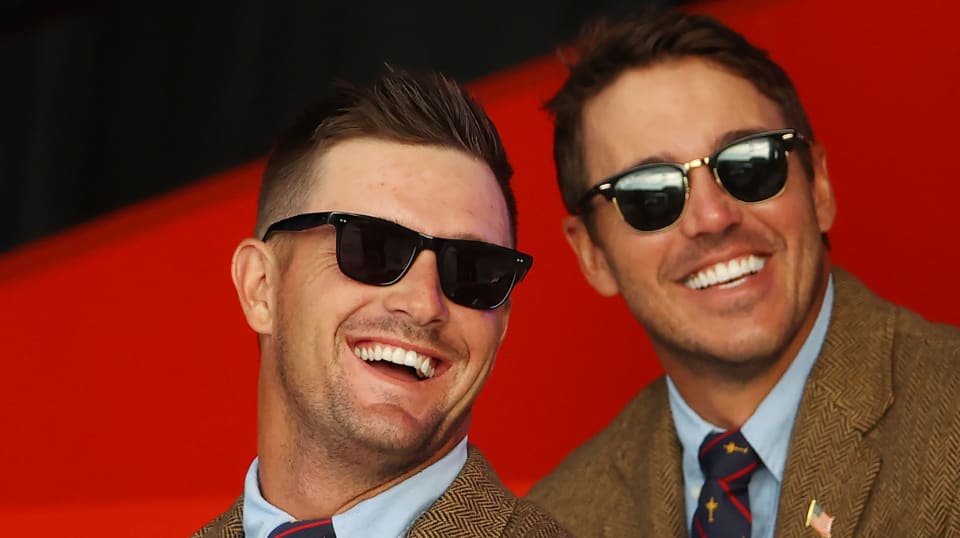 TNT’s presentation of Capital Ones The Match will be broadcast simultaneously on TBS, truTV and HLN

Turner Sports will present the next edition of Capital One’s The Match, the Sports Emmy nominated premier live golf event series that will bring two of golf’s most intense and competitive rivals – Bryson DeChambeau and Brooks Koepka – in a head-to-head Head racing brings together showdown.

TNT will exclusively televise the 12-hole event, which will be the only one the day after Thanksgiving – Friday, November 26th – with live coverage from 4:00 p.m. ET from Wynn Las Vegas, home of the world-class Wynn Golf Course Golf Course, broadcasts on the Las Vegas Strip. The TNT presentation from Capital Ones The Match will also be broadcast simultaneously on TBS, truTV and HLN.

DeChambeau won his first appearance in Capital One’s The Match last July – alongside Aaron Rodgers – when they overtook Phil Mickelson and Tom Brady. As the winner of the US Open 2020 and eight-time winner of the PGA TOUR, DeChambeau is currently the number 7 player in the world.

This will be Koepka’s first appearance as a competitor in Capital Ones The Match, despite having donated $ 100,000 through his foundation to COVID-19 relief efforts during Capital Ones The Match: Champions for Charity in May 2020 in conjunction with a memorable front-nine birdie donated by Brady. Koepka also owns eight PGA TOUR titles, including four major championship wins over a three-year period: the 2018 and 2019 PGA Championship and the 2017 and 2018 US Open.

DeChambeau (2-0-1) and Koepka (2-2-0) were both members of the overwhelming victory of the victorious US team over Europe at the recent Ryder Cup.

Live coverage of the Matchplay event will again provide unprecedented access, with players having open microphones throughout the competition, including the ability to communicate directly with their competitors and broadcast commentators.

Capital One has been a partner since the event began and will return as the title sponsor of Capital One’s The Match, which is sanctioned by the PGA TOUR. Presenting partner will be Michelob Ultra and DraftKings will return as sports betting partner. EZ-GO, Wheels Up and Wynn Resorts will also act as associate partners. More details on social, digital and broadcast brand integrations throughout the event will be announced in the coming weeks.

Designed by Tom Fazio and his son Logan, Wynn Golf Club is a 6,722 yard, par-70 championship golf course and is considered one of the best courses in Las Vegas. The Wynn Resort Golf Course features elevation changes and unusual water hazards on 12 of the 18 scenic holes of the Las Vegas Golf Course. The golf facilities at Wynn Las Vegas, a five-star luxury hotel, are unmatched.