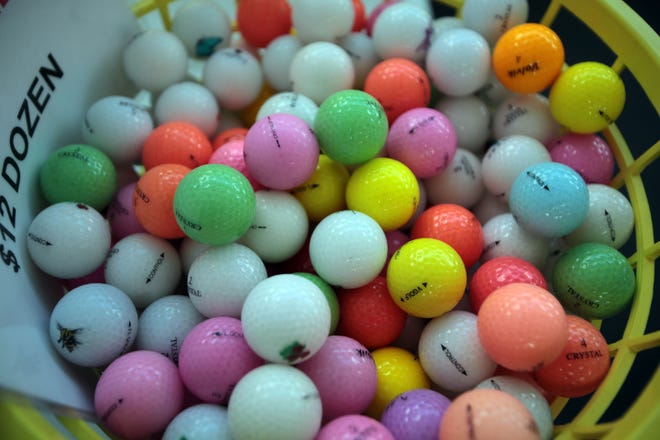 The fascination of winter golf in the Coachella Valley has never been lost at the PGA of America.

The PGA has played a variety of tournaments in the desert over the winter months, from professional events to amateur tournaments. The latest is the PGA Club Championship, which brings together more than 500 club champions from across the country in three desert complexes. Even in a week with lower temperatures and clouds, the desert is ideal for such a tournament in December, said a coordinator for the PGA of America.

“Compared to Maine or Alaska, we have representatives from all 50 states over two weekends, and that’s pretty warm for a lot of people,” said Matthew Thompson, PGA City Tour Associate who oversaw the tournament. coordinates PGA West in La Quinta, Desert Willow Golf Resort in Palm Desert and Indian Wells Golf Resort.

More:Desert Golf 2021: No fans, new winners and a tournament in motion like for a strange year

The event is open to any golfer who wins a club championship and has reported their club’s victory on the PGA of America website. This will automatically invite the champion to attend the event, which debuted earlier this year with a weekend in Pinehurst, South Carolina in March. The first event featured 312 players in the men’s and women’s open divisions. The desert event attracted 530 players, with the PGA Tour adding senior and champion divisions for older players. In total, more than 3,000 invitations to the current event were sent.

“The format is straight up stroke play, not a handicap,” Thompson said. “So the level of play is very mixed. A club champion on a no-name municipal course in the middle of Iowa may not be as good as a club champion from Shinnecock or Oakmont. But from experience, yes, there is a competition and there are winners and losers, but a lot of people just want to play at a high level event and they want to meet people from all over the country. “

The sheer number of attendees at the event narrowed the tournament down to key golfing destinations, Thompson said.

The event started last weekend with games in the open women’s class, the senior class (50-59) and the champions class (60 and older). Robyn Puckett of Toscana Country Club in Indian Wells won the 60-and-over division with a 54-hole score of 9 over 225, five strokes better than Kristen Fenwick of The River Club in Bradenton, Florida.

Ali Mulhall of the Round Valley Golf Course in Morgan, Utah, won the open division with a total of 3 under 213, seven strokes better than runner-up Addison Klonowski of the Naples Grande Golf Club in Florida. The championship title went to Dena Levy from Saticoy Golf Club in Somis, near Santa Barbara. Levy’s 223 grand total was good for an 11-stroke win.

The game in the open men’s division starts on Saturday, the game in the senior and champions class starts on Sunday. The game is played on the Stadium Course in PGA West, the Firecliff Course in Desert Willow and on the players and celebrity courses in the Indian Wells Golf Resort. The tournament is free to viewers, Thompson said.