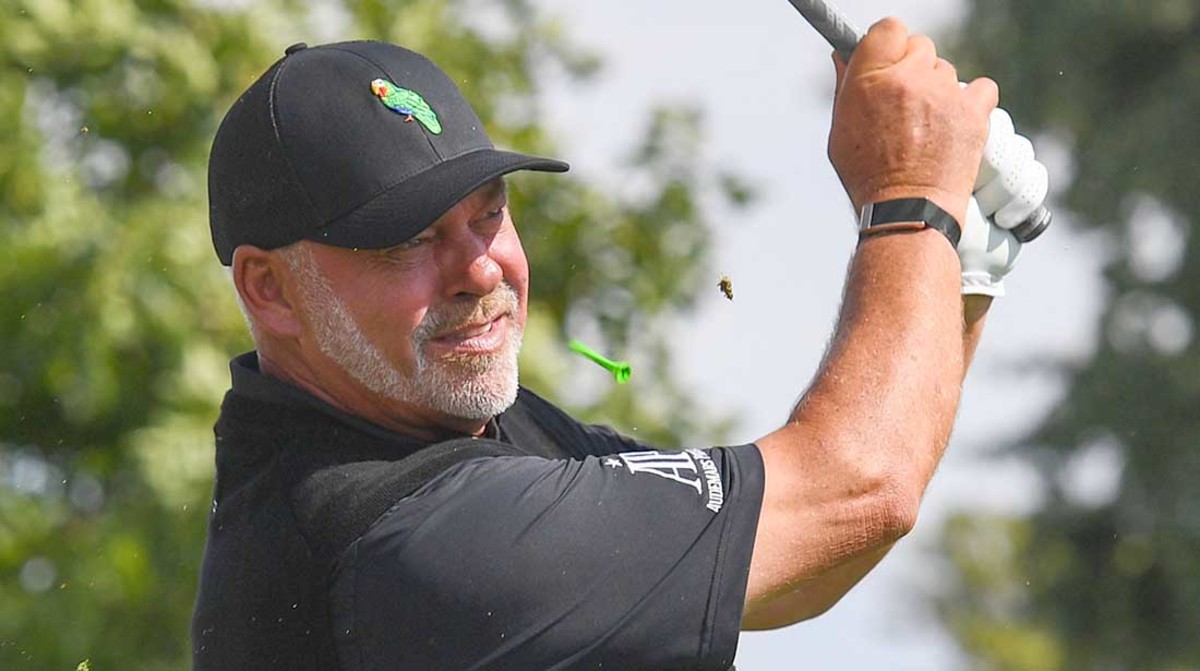 Darren Clarke learned on Tuesday that the fallout from the LIV Golf Invitational Series is not just limited to active PGA Tour players.

Clarke, a gregarious 53-year-old Irishman, was offered a three-year deal to be a color commentator on broadcast coverage for LIV Golf, which will launch next week in London.

Miller Brady, the president of the PGA Tour Champions, delivered the bad news to Clarke in a phone call on Tuesday, stating that Clarke’s involvement in the broadcast would be a breach of regulations and would be subject to disciplinary actions.

“I really enjoy my time on the Champions tour and didn’t want to jeopardize it,” Clarke said in a call with SI.com/Morning Read from the Principal Charity Classic in Des Moines.

Clarke would not disclose the amount of the offer but was clear that the offer was considerable.

“It was very, very generous offer. It was very tempting, because the offer was so good,” the 2011 British Open champion said. “If I said yes, I’d almost be ready to retire from professional golf.”

Clarke was never approached to play on the new circuit, but last week at the Senior PGA Championship he stated that he would have a very difficult decision if he had been approached 10 or so years ago to join.

Ultimately, he was not sure what he would decide.

Since this opportunity was not to play but to announce, Clarke was uncomfortable of risking disciplinary actions because he was not willing to put up his clubs and not only potentially be banned from the PGA Tour Champions, but also the British Open and Senior British Open, both controlled by the R&A, which has not explained its position for any player suspended due to LIV golf.

“It was a very difficult scenario,” Clarke said. “There was a conversation with my wife Alison and close friends, but ultimately this is where I want to be for now.”