Dustin Johnson Commits, Is He Finished With The PGA Tour? 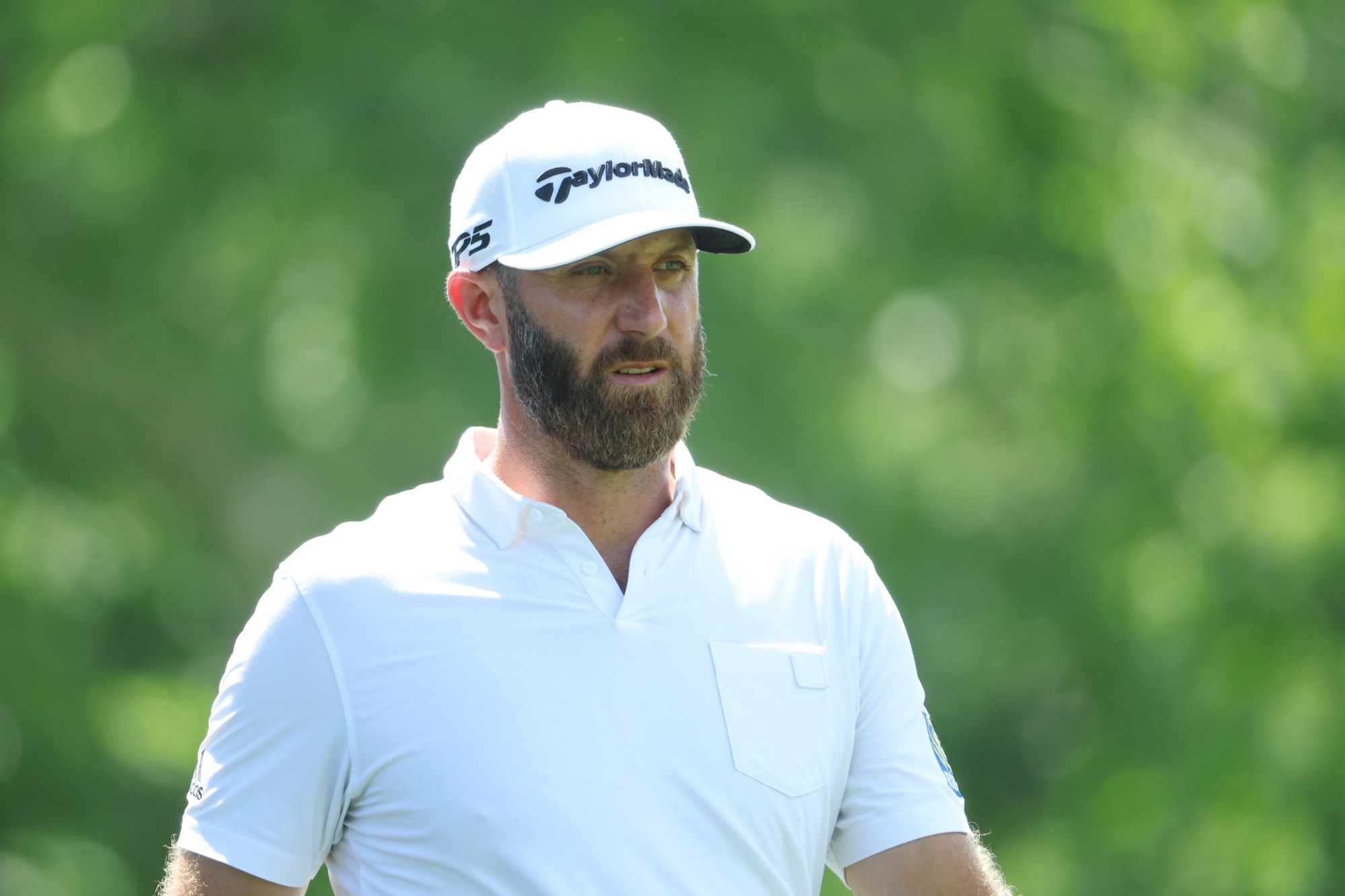 The field for the first LIV Golf Invitational event is officially out with Dustin Johnson amongst the surprise inclusions.

Well, so much for that, just a couple of months after rejecting the notion that he would be leaving the PGA to join the Saudi-backed LIV Golf series, Dustin Johnson has made a complete u-turn.

The long-awaited list of players that would defy the wishes of the PGA Tour and instead elect to play in the very first LIV Golf Invitational event in London next week has come out.

A group of players that were expected to take the large money sums on offer are officially on the list of competitors. Sergio Garcia, Lee Westwood, Ian Poulter, and Louis Oosthuizen were all expected to be part of the field and they are.

What comes as a surprise is the inclusion of Talor Gooch and one Dustin Johnson.

Here it is…48 guys will play in the first LIV event. There are 42 names here on this list—DJ, Sergio, Poulter, Ootshuizen— with 5 spots to be filled by guys who qualify in Asian Tour event, and 1 final spot for…well, we’ll leave that guess to you.

But DJ to LIV is a shock. pic.twitter.com/sKFqXMRmq4

Surprising or not the list does not feature Phil Mickelson who has been at the center of the conversations since the very beginning. There may have been some who thought that Phil skipped the PGA Championship with the knowledge that he would be playing in London next week, clearly, that is not the case, at least not yet.

It remains to be seen how many more will join LIV Golf events moving forward. Are we about to see even more big names leave the PGA Tour now that Dustin Johnson has pulled the rabbit out of the hat?.

Things were not looking great for LIV Golf the week of the Genesis Invitational back in February, Phil Mickelson was under heavy scrutiny, Bryson DeChambeau had tweeted that he would not be joining the rival tour, and other young stars of the game had also publicly committed to the PGA.

It was the same week that Dustin Johnson came out with a public statement essentially denouncing any involvement with LIV Golf.

“Over the past several months, there has been a great deal of speculation about an alternative tour; much of which seems to have included me and my future in professional golf,” Johnson said. “I feel it is now time to put such speculation to rest. I am fully committed to the PGA Tour. I am grateful for the opportunity to play the best tour in the world and for all it has provided me and my family.”

Fast-forward a couple of months and DJ appears to have very quietly and sneakily changed his mind. The question now is what will be the PGA Tour’s response?.

Have we seen the last of Dustin Johnson in PGA events?. This was a question that wasn’t imaginable just a few weeks ago at the PGA Championship where Johnson struggled and missed the cut.

The PGA rejected waiver requests from players seeking permission to play in the first LIV Golf event just several weeks ago. There have been rumblings that those that defy the PGA will be handed out punishments, to what extent? that remains to be seen.

All of this is sure to drag on for months and months but there will be a real worry amongst those involved with the PGA Tour now that if Dustin Johnson can reverse course on public comments he made just a couple of months ago, then surely anyone else can as well.

Whatever happens, landing a commitment from Dustin Johnson, a former World number one, is a big get for LIV Golf, a league that as Rory McIlroy put it was “dead in the water” back in February.