Dustin Johnson looking to get back on track at PGA 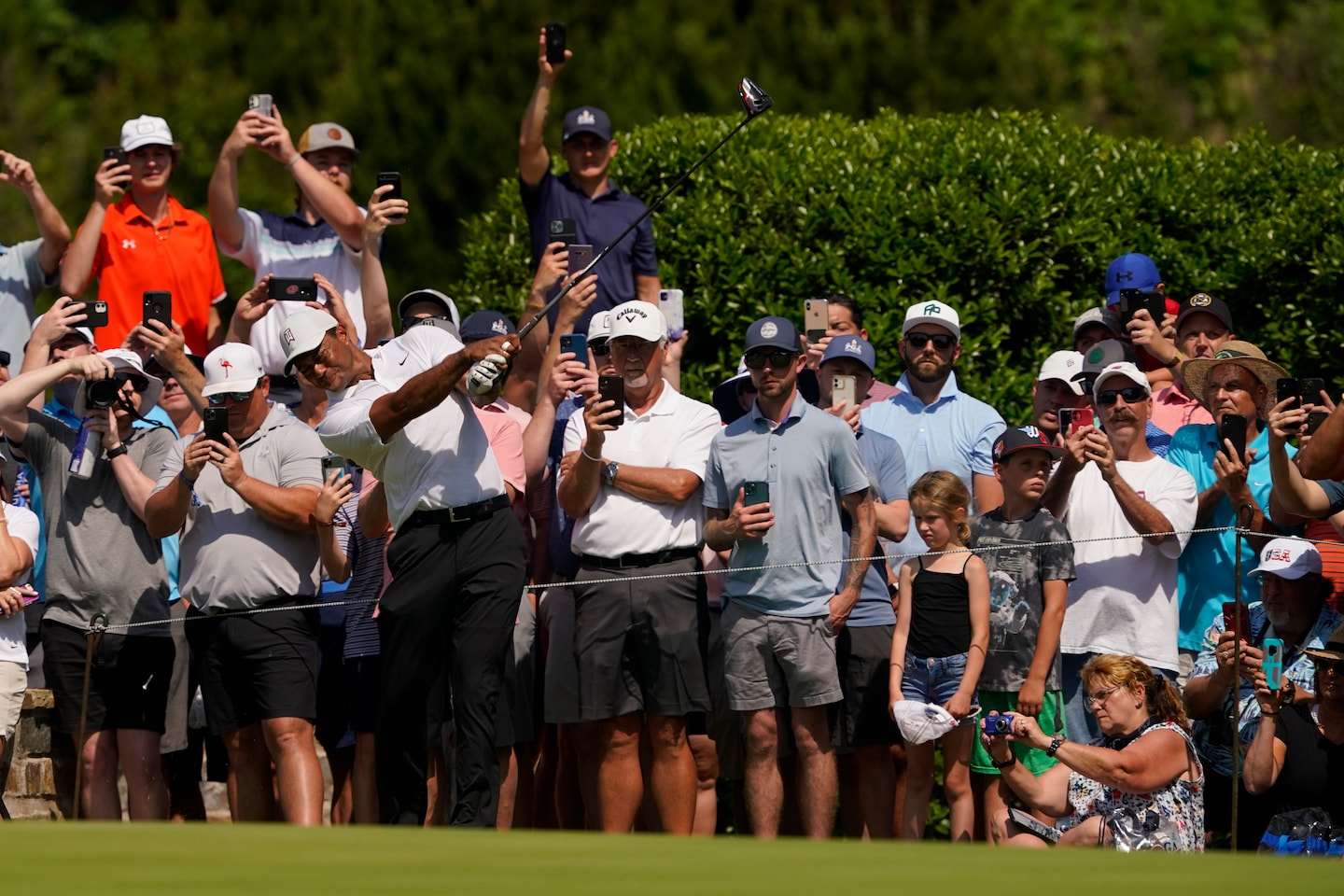 TULSA, Okla. — Dustin Johnson and Jordan Spieth are examples of how quickly the landscape can change.

Look back one year, and Johnson was the No. 1 player in the world who had been runner-up in the previous two PGA Championships and among the favorites every time he played.

Going into this PGA Championship, which starts Thursday at Southern Hills, he is No. 12. It’s not the end of the world, but it’s his lowest ranking in seven years, and the questions have changed. Instead of when he will add another major, it’s about when he will win again.

Johnson has gone 27 starts over 15 months since winning the Saudi International.

“The thing for me has just been driving,” Johnson said. He thought back to the Masters, where his driver was behaving so badly he switched to a 3-wood. That’s not a bad option for most players, just not Johnson.

“I’ve never done that in my life — 3-wood is the last club in my bag that I’d want to hit,” he said. “I’ve always felt most comfortable with a driver.”

That would be a good club for him at Southern Hills after its acclaimed restoration project. Unlike the last time the PGA was here in 2007 and players were hitting mostly irons off the tee. Now that it’s at 7,556 yards for a par 70, the driver could go a long way.

“Obviously, this is a really good place to drive it straight for me,” Johnson said.

He arrived on Monday, taking those long strides up the hill toward the clubhouse, when Johnson was asked if it was his first time in Oklahoma.

“Yep,” he said. “And after this week, it will be my … .” He finished the sentence with a smile. At age 38, and with no major on the horizon here for the next eight years, well, he’d like to make the most of his time in the Sooner State.

A year ago, Spieth was No. 28 in the world, a month away from ending a long victory drought but still far away from his game being back to the form that made him a major force in golf at age 21.

Now the 28-year-old from Texas is No. 8 and coming off a particularly good stretch that followed an irritating missed cut at the Masters. Spieth won in Hilton Head the following week and then finished one shot behind in Dallas last week.

The PGA Championship is all that’s keeping him from the career Grand Slam, which is one of the key talking points this week. Spieth brought up the missing leg of the Grand Slam as the “elephant in the room.”

But for the state of golf, it’s starting to feel like a herd of pachyderms.

Where’s Phil Mickelson, the defending PGA champion? And what will he do next when he emerges from this self-imposed exile over his comments on the Saudi-funded golf series that seemingly offended both sides?

Tiger Woods still commands all the attention. The gallery was enormous for him playing nine holes on Monday and again on Wednesday in his final tuneup for his return to Southern Hills. Those around him felt it was a victory that he made it through 72 holes at the Masters in his first competitive tournament since his car crash.

“I’ve gotten stronger since then,” Woods said. “It’s still going to be sore, and walking is a challenge. I can hit golf balls, but the challenge is walking. It’s going to be that way for the foreseeable future, for sure.”

Not to be overlooked is the hand-wringing over the Saudi-funded series Greg Norman is orchestrating, set to start in three weeks outside London with still no idea who will be playing, with the PGA Tour denying releases required to play outside the country.

Rory McIlroy said earlier in the week, “It’s going to shape the future of professional golf one way or another, so I think we’re just going to have to see how it all shakes out.”

Spieth could only smile when after a series of questions about the career Grand Slam and his game and Southern Hills, he was asked about Mickelson and the Saudi league.

“Since everyone was lobbing me questions, you just went and threw two bombs,” he said with a wry smile. He didn’t looked bothered, and odds are he wasn’t.

Spieth has never expressed interest in going, he no longer is on the PGA Tour policy board and he’s happy to mind his own business.

“I’m excited to come here this week and just keep my head down, and none of those distractions weigh on me whatsoever,” he said.

And then there’s Johnson, who doesn’t seem to get distracted by much of anything. He was courted heavily by the Saudi group at the start of the year before declaring he wanted to play against the best on the PGA Tour. He also had no small matter of a wedding to Paulina Gretzky just two week after the Masters.

Which was the greater distraction?

“Neither,” he said. “Paulina did an unbelievable job with the wedding. I really didn’t have to do much. I helped for about half an hour with the seating chart. That was about it. That was my whole contribution.”

On Thursday, it’s all about major championship golf. And even with the Masters only five weeks removed, it couldn’t get here soon enough.