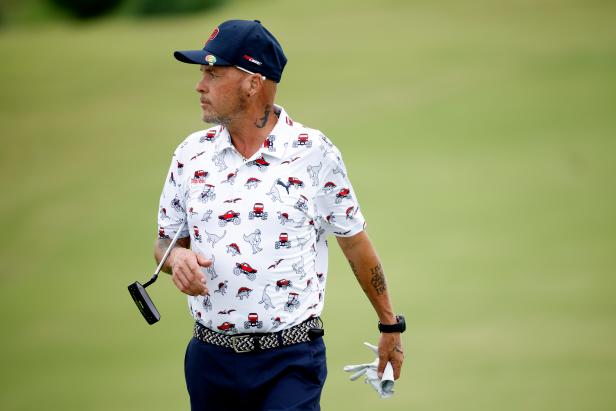 No matter how his debut on the PGA Tour this week went, Brian Morris was faced with a sobering reality: he would be back in the hospital on Monday.

So if anyone could play a rough few rounds at the Butterfield Bermuda Championship, it was the 53-year-old Head Pro at the nearby Ocean View Golf Course. Having stage IV cancer will put many things in perspective, including a distant missed cut.

“To be honest, it’s been such a ride from the first hole to this point,” said Morris after completing rounds of 89 and 92 on the Port Royal Golf Course. “Like there were so many cool people that I’ve never met and I mean, from people who work for the tour, from people who know events, you know, they were all just so cool to me, man. It was absolutely great. I will never forget that forever. “

Earlier this week, Helen Ross at PGATour.com wrote a fantastic article on Morris that had surgery to remove a malignant brain tumor two years ago, but since then the cancer had spread to his esophagus, stomach, and throat. Because of his various treatments, Morris finds it difficult to stand for more than half an hour, which is why he was allowed to take a cart this week.

High winds wreaked havoc during parts of the first two laps, even leading Matt Fitzpatrick to say he was “scared to death” of an 18-inch putt on Thursday. But Morris has battled something far more terrifying in recent years – and while he’s touched by all of the new support he’s getting, he’s also hoping his story can help others.

However, after that amazing week, the focus returns to combat.

“I’m back at it right now, you know?” said Morris. “Back to the hospital on Monday, got my chemo. Just try to live as long as possible.”