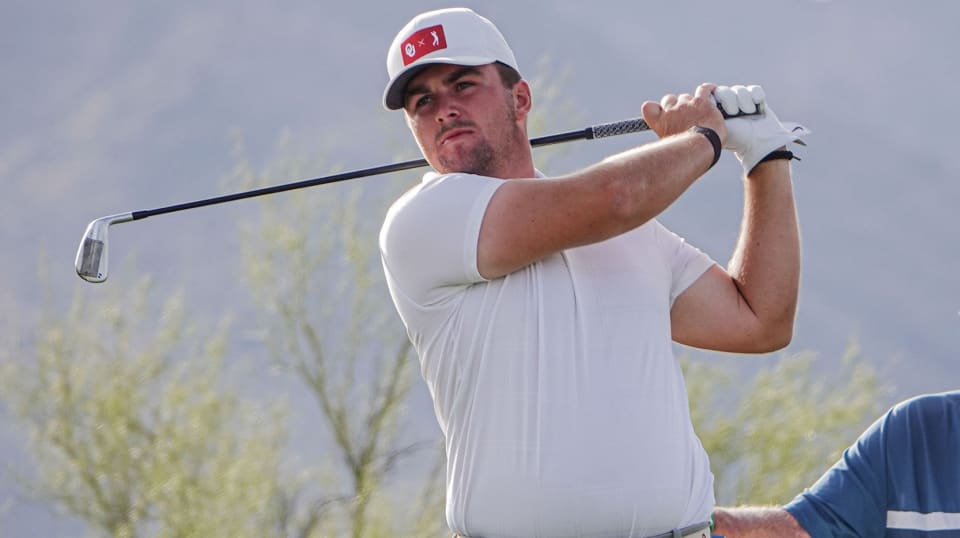 SCOTTSDALE, Ariz. – Ole Miss senior Jackson Suber carded seven birdies en route to a second-round 65, and he moved 58 spots up the leaderboard and into a tie for fourth after 36 holes at the NCAA Championship. Suber is tied with Oklahoma’s Chris Gotterup, who shot 4-under 66 on Saturday, and both players are projected to move into the top-five of the PGA TOUR University Velocity Global Ranking, based on the second-round leaderboard.

Suber has five victories on his PGA TOUR University record, including a win at the Norman Regional, and he led the Rebels to the NCAA Championship for the first time since 2017. He paces the team with a 69.33 scoring average this season and is third on the program’s all-time wins list, and he is projected to move from 8th to 4th in the Velocity Global Ranking.

Gotterup is 1-under after rounds of 73-66, and he is projected to move to 5th in the Velocity Global Ranking. Since transferring to Oklahoma from Rutgers, Gotterup has nine top-10s and one victory, and he finished T7 at the PGA TOUR’s Puerto Rico Open in March. Earlier this month, he was the medalist at the U.S. Open Local Qualifier at Hollywood Golf Club in New Jersey, and he will compete in Sectional Qualifying on June 6.

Oklahoma State’s Aman Gupta carded a second-round 65 and is T2 at 2-under, while Oklahoma’s Logan McAllister is T6 at even-par and Liberty’s Kieran Vincent is T9 at 1-over. Vanderbilt sophomore Cole Sherwood leads at 3-under after rounds of 70-67, and Oklahoma leads by two after a 5-under team score on Saturday.

After Sunday’s third round, the 30-team, 156-player field will be cut to the low 15 teams and nine individuals not on an advancing team. GOLF Channel will broadcast the final round live on Monday (5-9 p.m. EDT), when the NCAA individual champion will be crowned and the low eight teams will advance to match play.

The stroke play portion of the NCAA Championship is the final tournament for the PGA TOUR University Class of 2022, and the Velocity Global Ranking will be finalized after the final round on Monday, May 30. Players finishing 1st through 5th will earn membership on Korn Ferry Tour and players finishing 6th through 15th will earn membership on a PGA TOUR international tour.

After missing the first round due to illness, Alex Fitzpatrick was subbed into Wake Forest’s lineup Saturday. Fitzpatrick remains eligible for PGA TOUR University and his final points average is 1042.6895, as he will not earn points or a divisor this week because he did not start the tournament.