Five players nominated for PGA TOUR Player of the Year 2021 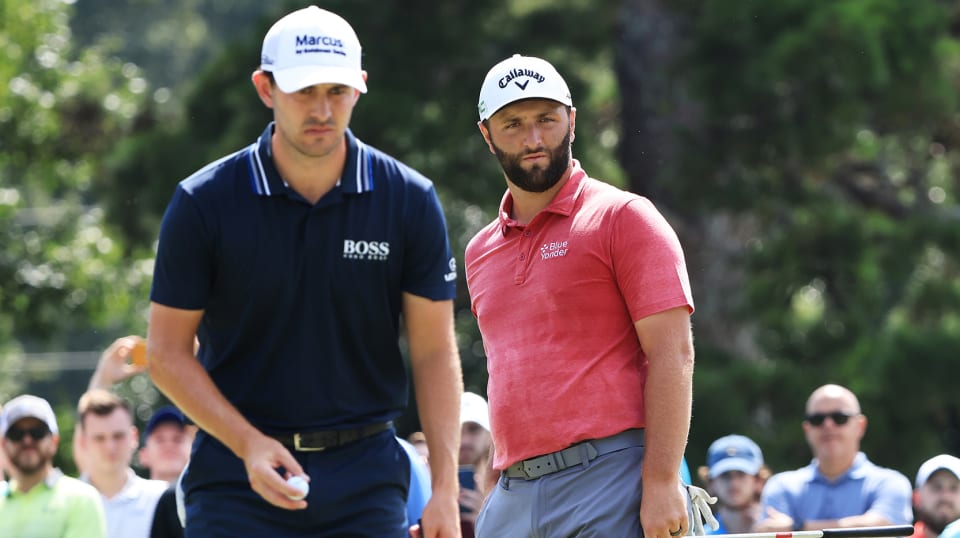 The Player of the Year and Rookie of the Year awards are determined by a member vote, with PGA TOUR members who have participated in at least 15 official FedExCup events during the 2020-21 season eligible to vote. Voting ends on Friday, September 10 at 5 p.m. ET. The winners will be announced at a later date.

NOMINATE PLAYER OF THE YEAR (ALPHABETICAL)

Patrick Cantlay, 29
Long Beach, California
• Participation in 24 events with wins (4) at the ZOZO CHAMPIONSHIP @ SHERWOOD, the Memorial Tournament presented by Workday, the BMW Championship and the TOUR Championship
• FedExCup Champion 2021
• Fifth in the scoring average (69,736)
• Made a total of seven top 10 recordings and 19 cuts

Bryson DeChambeau, Jan.
Clovis, California
• Participation in 22 events with wins (2) at the US Open 2020 and the Arnold Palmer Invitational, presented by Mastercard
• 7th place in the FedExCup
• Fourth in the scoring average (69.728)
• Took a total of nine top 10 recordings and made 20 cuts

Harris English, 32
Sea Island, Georgia
• Participation in 26 events with wins (2) at the Sentry Tournament of Champions and the Travelers Championship
• 18th place in the FedExCup
• 22nd place in the average scoring (70,115)
• Took a total of eight top 10 recordings and made 22 cuts

Collin Morikawa, 24
La Cañada, California
• Participation in 23 events with wins (2) at the World Golf Championships-Workday Championship at The Concession and The Open Championship
• 26th place in the FedExCup
• Finished 20th on average scoring (70.109)
• Took a total of eight top 10 recordings and made 19 cuts

NOMINATE FOR ROKIE OF THE YEAR (ALPHABETICAL)

Garrick Higgo, 22nd
Stellenbosch, South Africa
• Participation in eight events with a win at the Palmetto Championship in Congaree
• 107th place in the FedExCup
• Recorded a top 10 and made five cuts
• Earned PGA TOUR membership by winning after participating in a Commissioner’s Exemption

Will Zalatoris, 25
Dallas, Texas
• Participation in 25 events with eight top 10 placements, highlighted by a runner-up at the Masters tournament in 2021
• Acquired limited-term special membership after five starts; Led the FedExCup rating for non-members with 1,296 points
• Recorded a total of 14 top 25s and made 21 cuts
• enters the 2021-22 season for the first time as a full-time member of the PGA TOUR

The Player Advisory Council and Player Directors annually nominate a list of Season 1 PGA TOUR members for the PGA TOUR Rookie of the Year Award. For the 2020-21 PGA TOUR season, the Players’ Advisory Board and Player Directors, at their own discretion, could have determined that the circumstances (i.e., the lack of nominees due to the lack of a graduating class of the 2020 Korn Ferry Tour) would have allowed the selection of a 2021 winner, but Higgo and Zalatoris were considered worthy of nomination.

A player’s rookie season (“Rookie Year”) is defined as the season in which they become a PGA TOUR member (including temporary special members) and participate in 10 or more events as a member or in official FedExCup points in the Top 125 ends up listing the top 125 non-members on or qualified as such, whichever comes first. In addition, for the purposes of this definition, a new member (including temporary special members) is not eligible to receive the Arnold Palmer Award if they have previously played as a professional in more than seven official PGA TOUR Money events in a previous season.