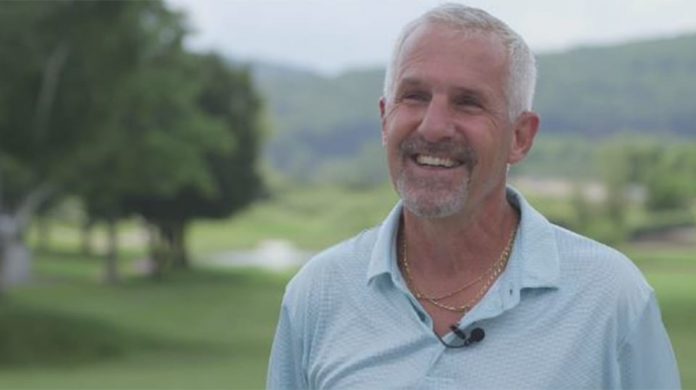 Editor’s Note: The following story was published with permission from WBNG 12 News. Due to COVID-19, the DICK’S Sporting Goods Open 2021 was held as part of the PGA TOUR Champions’ combined calendar 2020-21. Back at En-Joie Golf Course in Endicott, New York, the tournament took place from June 28th to July 4th and Cameron Beckman won the tournament.

ENDICOTT (WBNG) – Sometimes life itself can be the greatest gift of all.

That says Chris Chechatka, a native Endicotter and 2018 DICK’s Sporting Goods Open and PGA TOUR Champion Volunteer of the Year.

Chechatka, known as Cheech during his 40+ years of volunteering at the tournament, was diagnosed with stage 4 liver cancer in 2017. After his initial chemotherapy treatments failed, he and his family were told to prepare for the worst.

Fortunately, his story didn’t end there; He is treated once a week, but the tumors have stopped growing for a long time.

Since an interview in December 2018, Chechatka recently told 12 News that his life had regained importance. He said he had started to appreciate the little things in life, things that he might have taken for granted before he was diagnosed.

To top it off, last year he was able to take his daughter to the altar and meet his granddaughter, two things he told me that he never expected.

Chechatka said the local community, and especially his DSGO counterparts and volunteers, deserve a huge chunk of the credit.

“This community, it was amazing how much they supported me in my difficult time,” said Cheech. “Friends of mine gave me a benefit and they have been very generous with donations. These guys have been a huge support to me.”

Chechatka said he received dozens of cards from people he barely knew and wished him well.

For the next year Chechatka said what he had hoped for in the light of his last years, he laughed at the thought.

“Hopefully still at this point!” he said with a smile.

Chechatka said he would like to thank everyone who supported him and his family through the difficult months following the diagnosis.

To get to the original article, please click here.