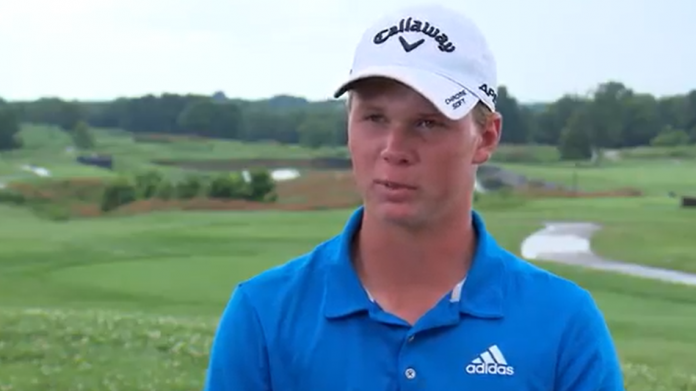 “I want to thank my grandfather for bringing me with him. Hopefully we can keep the momentum going into the rest of the summer. “

LEXINGTON, Kentucky – Caleb Surratt and grandfather Brad Surratt took the seven-hour road trip from the Indian Trail to Lexington, Kentucky for the 45th Boys Junior PGA Championship this week. The long drive was definitely worth it – he left with a win.

Caleb delivered a 1-under-par-70 in the final round of the four-day championship and finished 16-under, according to the PGA of America.

“It is a great honor to win this tournament and to be a part of the event that is being hosted by the great members of the PGA of America. This is a world class event, ”he told the PGA of America. “I want to thank my grandfather for bringing me with him. Hopefully we can keep the momentum going into the rest of the summer. ”

Caleb’s father, Brent Surratt, told the PGA of America that Caleb and Brad have competed in golf tournaments across North Carolina together for over 10 years.

“Your relationship is special, but it’s changing. More than ten years of Pop taking him to golf tournaments across North Carolina and trying to coach him to be a young man has resulted in Caleb trying to help Pop figure out his smartphone so he can get Caleb somewhere because Caleb is driving now and is now thinking a lot for himself, “said Brent.

Caleb has already signed up to the University of Tennessee, according to the PGA of America. Brent told the PGA that Brad, a die-hard Duke fan, traded the old Duke hat to support his grandson.

RELATED: The Charlotte Area Golfer Attends the US Open. His father is his caddy.