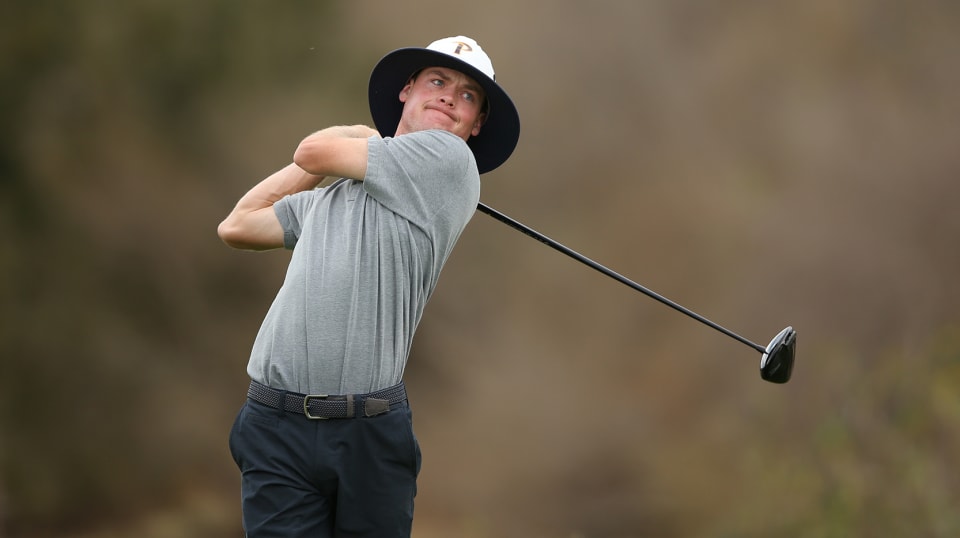 PONTE VEDRA BEACH, Fla. – A trio of players improved their positions in the Velocity Global Ranking after finishing in the top three at the Golf Club of Georgia Collegiate last week. Sam Bennett (Texas A&M) finished T3, extending his lead at the top of PGA TOUR University, while Alex Fitzpatrick (Wake Forest) finished second, moving up one place to fourth. The biggest step among the top 15 players was made by Joe Highsmith (Pepperdine), who won his second career and moved up from 13th to 10th.

The Golf Club of Georgia Collegiate was the fourth strongest field of the fall (according to WAGR) and Highsmith’s win earned it nearly 2,300 points, the second most from a PGA TOUR University player that season. As a result, Highsmith’s average rose 89 points and is now fifth, within 68 points of Eugenio Chacarra (State of Oklahoma).

Johnny Travale (Central Florida) made the top 25 for the first time this season when he climbed 17 places to 24th after finishing second at Isleworth Collegiate. Adrien Dumont de Chassart (Illinois) finished T3 at Isleworth and moved up one place to 16th, while Cameron Sisk (Arizona State) finished T5 and moved up two places to 18th.

Little Rock swept its home race and was led by Anton Albers, who added a second win to his PGA TOUR University record, improving 19 places to 41st. Harry Hillier, Kansas, ranked # 44 this week after a T2 finish at the Quail Valley Collegiate Invitational.

← Notice time, leaks, booth and more How to Maximize Your Golf Practice →