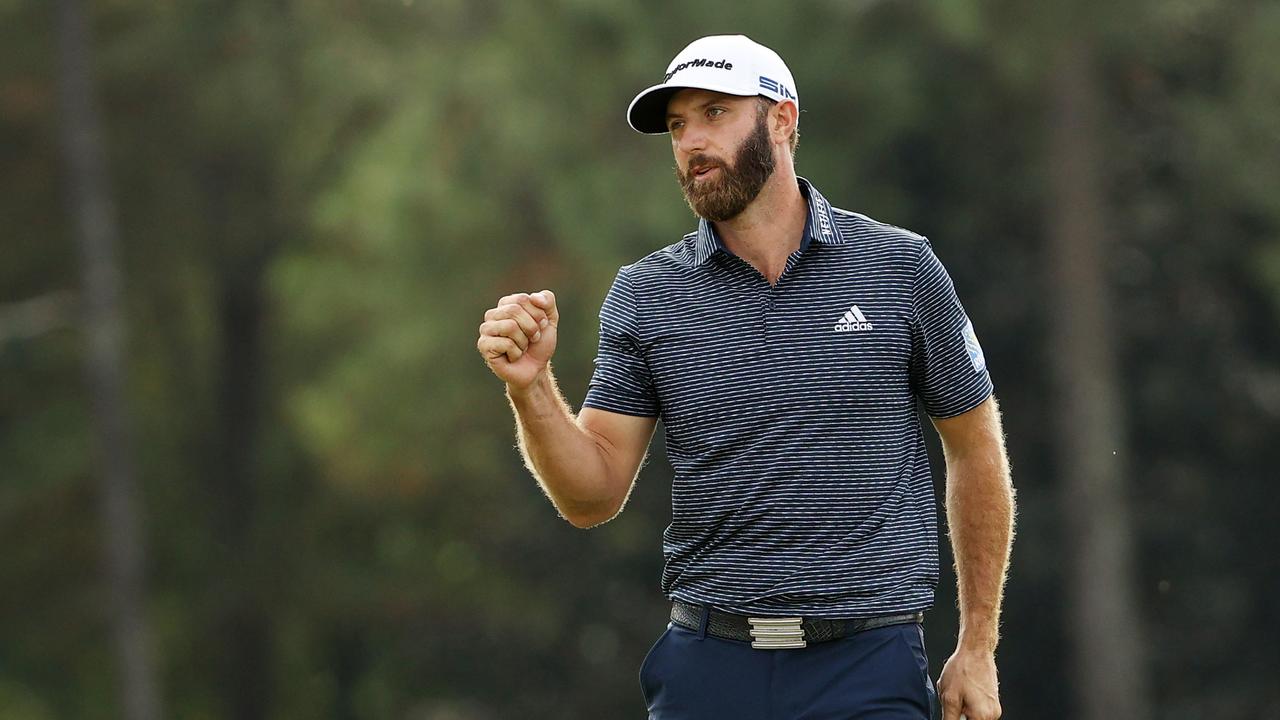 After months of controversy and an ongoing, bitter war of words with the PGA Tour and its loyalists, Greg Norman’s Saudi-backed LIV Golf Invitational Series starts this week.

Following last week’s player list reveal, and Tuesday’s (AEST) announcement that Phil Mickelson will also play, the season will start on Thursday in London with eye-watering cash prizes on offer.

So how does the series actually work, who is playing — and exactly how much can they win?

Here’s everything you need to know about the LIV Golf Invitational Series.

WHAT IS THE FORMAT?

The format of each event borrows from motorsport categories by having players compete as individuals, and within a team, concurrently.

Each event lasts only 54 holes over three days, instead of the typical 72 over four seen on other tours, while there is no cut.

There is also a shotgun start, meaning everyone tees off at the same time across different holes instead of waiting in a queue to tee off at the first hole. This decision has been made to reduce the duration of each day to that of one round of golf, instead of an all-day affair.

The field consists of 48 players, who are drafted (more on this later) into 12 teams of four, and play to win the tournament in their own right, as well as for their team.

The winner of each event’s individual category will be the player with the fewest 54-hole stroke total, ie. standard stroke play.

Scoring for the team component of each event is slightly more complex.

Only the two best stroke play scores will count for each team in the first two rounds, while the best three scores count in the final round.

Whatever team has the lowest overall team score after 54 holes wins the event.

In the individual category, there are seven regular season events. The individual champion will be the player with the most ranking points after all seven.

The eighth and final event of the calendar is called the ‘Team Championship’. According to the LIV Golf website, this is a “seeded four-day, four-round, match play knockout” finale.

HOW WILL THE TEAMS BE PICKED?

The teams of four will be picked via a draft.

Where things get a little tricky is that the 48 players won’t be exactly the same across all eight events.

This means a draft is held before every event with a nominated team captain — who also plays — responsible for picking their other three positions.

Each team will have their own logos, colours and names.

Phil Mickelson confirmed he will be playing in the opening LIV Golf event.Source: AFP

WHAT IS THE PRIZE MONEY? (prices in AUD)

As impressive as the format is, money is ultimately the main drawcard that has seen the series get off the ground with a handful of big names.

The below figures are all in AUD.

Each regular season event has a prize purse of $34.8 million. The individual competition is worth $27.8m, and the team component the remaining $7m.

The individual winner of each event pockets a cool $5.6m.

For context, Cameron Smith claimed $5 million in March for winning the Players Championship, which has the PGA Tour’s biggest cash prize.

Just as notable, however, is the fact that last place still goes home with $167,000.

This is a major point of difference to the PGA Tour in which those who miss the halfway cut go home with nothing at the vast majority of events.

There are also massive prizes for the winners of the Individual and Team Championships.

A player must play in a minimum four events to be eligible to win the Individual Championship.

Every team then receives a cut of a whopping $69.5m Team Championship purse.

In total, that’s $354.5m that will be up for grabs across the seven regular season events and the Team Championship.

In the extremely unlikely scenario that one player wins all seven events, and their team wins all eight, they would claim $52.1m over the course of one season.

If a player and their team comes last at every single event, they still pocket $1.5m in prize money over the season.

The full 48-player list for the first event a Centurion is as follows, with notable players and Australians in bold:

HOW LONG IS THE SEASON?

Listen to a handful of players and they will tell you that this is also a major factor that lured them away from the PGA Tour.

The season consists of just eight, three-day events spread out from the London opener on June 9-11, to the Team Championship in Miami on October 27-30.

As such, LIV Golf represents a far smaller commitment for players who can travel less, play less and spend more time with family while still making similar sums of money, if not more.