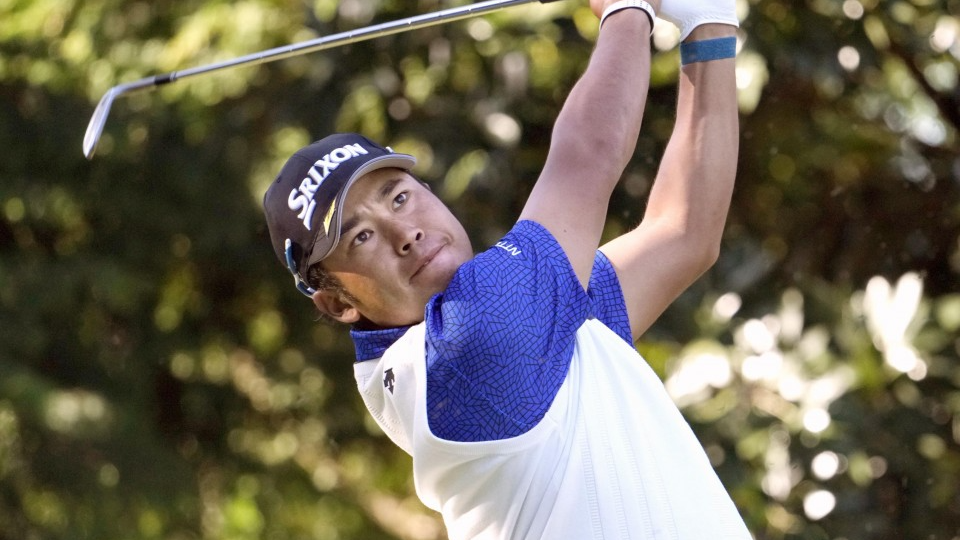 Positioned for his seventh PGA Tour win at the Zozo Championship on Saturday, Japanese Hideki Matsuyama shot a 2-under 68 to go into the final round in one fell swoop but couldn’t hide his frustration.

The local favorite carded four birdies before missing a par putt in 18th place for his second bogey and ending the day with a grand total of three rounds of 10 under par 200 at Narashino Country Club in Chiba Prefecture.

Hideki Matsuyama hits the 13th hole during the third round of the Zozo Championship at Narashino Country Club in Chiba Prefecture on October 23, 2021. (Kyodo)

“I think I managed to play well,” said Matsuyama, despite an unhappy look on his face.

The late miss allowed his closest challenger, American Cameron Tringale, to keep up with a birdie on the final hole after starting the first day back.

Matsuyama sank a seven-foot birdie putt at No. 2 and 10 feet at No. 9 and 16, making six fewer putts than on Friday’s second round. Bad tee shots held him back, however. Matsuyama dropped his tee shot into the water on the fifth par 3 hole and hooked his tee shot at No. 18.

“My form wasn’t good,” he said. “I think what I need from myself to be considered satisfactory and what others expect are two different things.”

At the joint event of the US Tour and the Japan Golf Tour, three golfers sat four strokes behind the guide.

Golf: Hideki Matsuyama takes the lead from Day 2 of the Zozo Championship