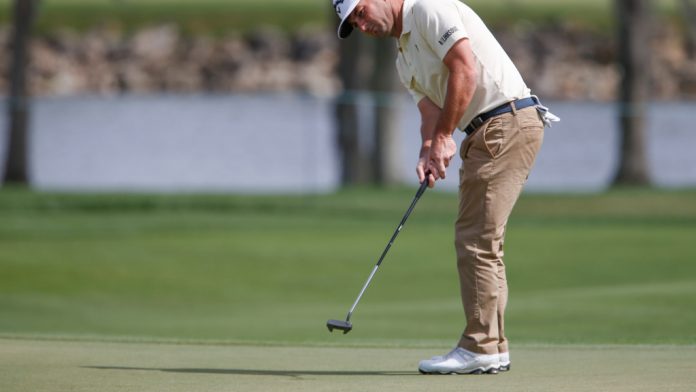 Matt Every has said goodbye to the Barbasol Championship, the PGA Tour event versus this week’s British Open, and at first there was some confusion about what caused this WD. The PGA Tour first tweeted from their @ ​​PGATOURComms account that Every, the winner of the Arnold Palmer Invitational in 2014 and 2015, was out with a back injury.

The tour then returned almost two hours later with the clarification that Every was withdrawing due to cardiac complications.

Everyone opened the event at Keene Trace Golf Club in Nicholasville, Kentucky with a 3-under 69. Their day was decidedly less pedestrian on Friday. Starting from No. 10, he made three bogeys plus one birdie in his first four holes and then doubled the par-3 in 14th place. Two birdies and two bogeys followed.

Matt Every retired with a back injury during the second round of @BarbasolChamp.

Every’s card ends with a bogey on number 1. Every did not make a par in 10 holes played before retreating.

According to the Twitter account Monday Q Info, Every threw his putter into a pond in 17th place at Keene Trace and started putt with a wedge from there.

Matt Every threw his putter into the pond at Barbasol on 17 and is now using a wedge. Just normal Matt Every stuff.

Any early departure from Barbasol continues a tough year for the 37-year-old. He made it 18 times on the PGA Tour this season but has yet to make a cut. Last season he made only six cuts in 19 starts.