An English golfer was on a roll in the early stages of the US PGA Championship. ‘Long Jim’ Barnes, who emigrated to the United States from Cornwall, won this event – then in match play form – in 1916 and 1919. It was not played during the two intervening years.

Staggeringly, in more than a century that has passed since there has been no flag of St George adjacent to a US PGA winner. History will therefore not be on Matt Fitzpatrick’s side on day four at Southern Hills but it dictates how significant a success for the Yorkshireman would be.

Fitzpatrick’s third round of 67 represented a firm statement of intent at a venue he sensed did not suit his game upon initial viewing.

This was a performance typified by grit and determination. Fitzpatrick made bogey on the first two holes before steadying himself to reach the turn in par. A birdie at the 13th edged Fitzpatrick under par for the day – a strong enough position – before terrific birdies at each of the last two. Fitzpatrick’s six under par sits three from the lead, somewhat incredibly held by Mito Pereira. More of him later.

“With the start I had, it easily could have got away from me,” said Fitzpatrick. “I was really proud of the way that I battled back and didn’t really let it faze me. I would happily go back and tee off now if I could.”

Pereira, ranked 100 in the world, had only ever played in one major before this one. He missed the cut. The Chilean refuses to let his tilt at the Wanamaker Trophy fall by the wayside. Pereira would be an extraordinary winner; he even gave up golf for two years during his teens because the sport was boring him. He signed off with a birdie to complete round three’s 69. This marked his highest score of the tournament. 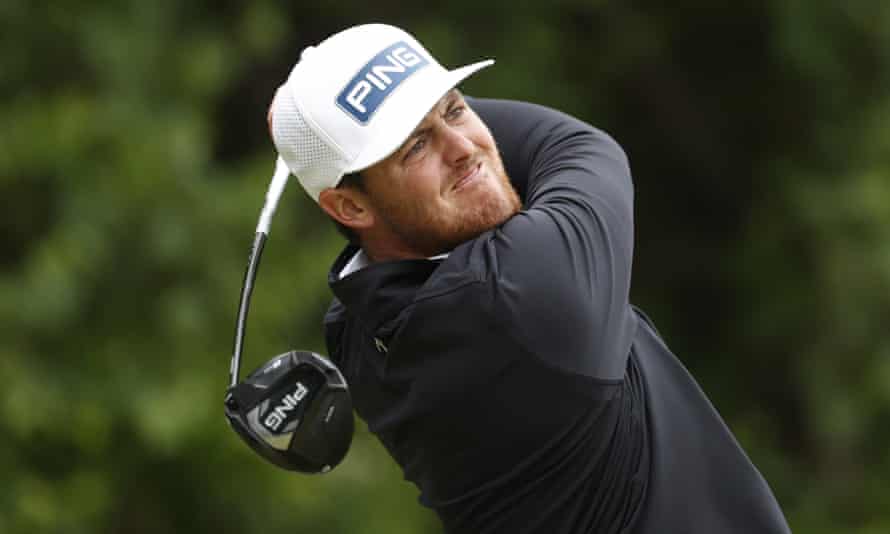 Mito Pereira on the 12th tee. The Chilean is playing only his second major and leads the field by three shots going into the final round. Photograph: Tannen Maury/EPA

Will Zalatoris endured a horrid front nine, which he played in 39, but regained his footing thereafter. His 73 meant he tied Fitzpatrick. The latter, though, will share a final group with Pereira. Cameron Young is five under, a stroke clear clear of Abraham Ancer. Justin Thomas slid to minus two with a bogey at the 18th.

Rory McIlroy started day three sitting five from the lead. When he found water at the par-three 6th it triggered a double bogey, compounded by further dropped shots at the 7th and 8th. McIlroy was fast playing himself out of the tournament. A birdie at the 9th followed, before a horrible triple bogey six at the 11th.

If it now appeared safe to completely discount McIlroy, he picked up a shot at the 13th and came within inches of holing his tee shot at the par three next. A missed opportunity from 8ft at the 15th looked to sting but he rebounded again with a birdie from 25ft on 16. There was one final sting. McIlroy’s three-putt bogey five at the last shuffled him back to even par. How he will rue giving away five shots on two third-round par threes.

Seamus Power started this week playing a practice round with McIlroy, Padraig Harrington and Shane Lowry. It is hardly being disrespectful to suggest Power would barely be known alongside such sporting royalty from the island of Ireland. Power, who is two years McIlroy’s senior, could now join the major winning ranks of his pals after a 67 catapulted him to three under. Power covered the closing seven holes of his third round in minus four.

“Obviously I’ll go out a little before any of the leaders,” he said. “If I can get a couple of birdies on the card early, it can make the world of difference.

How do I sign up for sport breaking news alerts?

Thank you for your feedback.

“For me, it’s about doing a lot of the same and then you need a couple of breaks to go your way. Maybe make one of those 35-40-footers or maybe a little chip-in.”

Webb Simpson made the cut with just one shot to spare and proceeded to produce a third-round 65 in damp, cool conditions. Simpson is now one under. “Today was a test of the mind as well as physically,” Simpson said. Fitzpatrick seems to relish that psychological battle. Barnes died in 1966; the run associated with him is within 18 Tulsa holes of being broken in 2022.