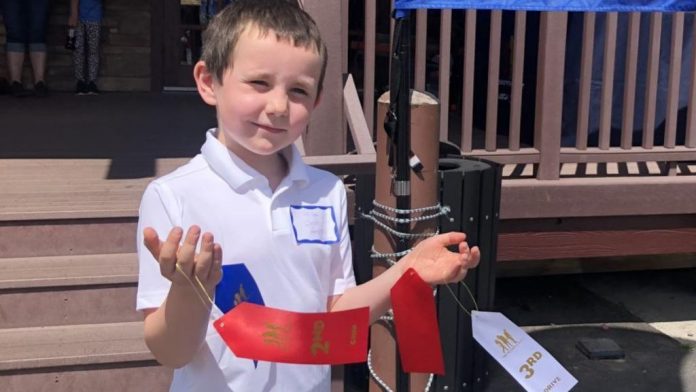 MISSOULA – Wyatt Hedges of Missoula had a fairly successful outing in his first golf competition.

Hedges, 7, won the boys 7-9 age group in the local qualification of the PGA Drive, Chip and Putt competition on Saturday at Canyon River Golf Club in Missoula. He is now moving up to the Subregionals at the Highlands Golf Course on August 3rd in Post Falls, Idaho.

Hedges, who is considered the youngest participant in the field, scored 68 points, a six point lead in his age group, although he did not win an individual race. He was second in putting (40 points), second in chipping (18) and third in driving (10) with equal points.

Each participant receives three drives on a 40 yard wide fairway, three chips from 10-15 yards from a hole, and one putt each from 6 feet, 15 feet, and 30 feet. Points are then awarded based on tee length provided it stays within the limit and how close the chips and putts are to the hole.

Frank Gogola covers Griz Football and Prep Sports for the Missoulians. Follow him on Twitter @FrankGogola or email him at frank.gogola@missoulian.com.