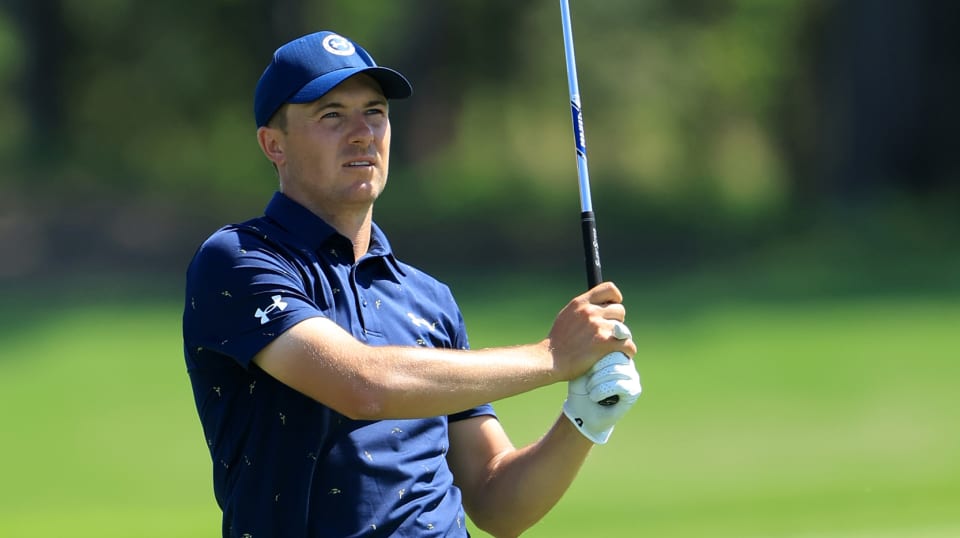 Dustin Johnson, Bryson DeChambeau, Talor Gooch, Tyrrell Hatton and Louis Oosthuizen will be among the notables reviewed in Tuesday’s Draws and Fades.

To put some perspective on how long it’s been since Southern Hills last hosted, when the PGA of America descended here in 2007, it’d be another two months before Dustin Johnson would make his PGA TOUR debut and the only Kim in the field was Anthony, then a PGA TOUR rookie and not far removed in time and space from his collegiate stomping grounds of the University of Oklahoma.

DJ has gone on to record 24 TOUR titles, including two majors, and there are four Kims in this week’s field, including Joohyung. Also known as Tom, he’s this year’s youngest qualifier at just 19 years of age. He was five during the 2007 PGA. (Insert “shocked” emoji here.)

Of the 156 in the field at the PGA Championship – all entrants are professionals; it’s the only major sans amateurs – 17 were at Southern Hills for the 2007 PGA. Woods departed with the best memory of all – his 13th victory in a major – but recall on how the course tested is irrelevant this week.

Southern Hills still is a stock par 70, but the restoration in 2019 reintroduced wider fairways, unique structure to every bunker and greens without thick rough around their perimeters. At 7,365 yards, it’s 234 yards longer than its previous turn, but technology advances in equipment and how golfers are using measured data serve as equalizers.

Approaches from bermuda fairways aim at bentgrass greens that average just over 5,000 square feet. In the context of size of the targets and basic agronomy, it comps to Colonial Country Club, site of next week’s Charles Schwab Challenge, so it’s not an unfamiliar combination.

Creeks that snake through the property also were recovered, and only three holes are spared water in play to some degree. As should be the case in every tournament worthy of this billing, the routing will demand patience, course management and a dash of heroics where the course permits. Emerging atop the leaderboard will require tee-to-green precision and touch around the greens. The mystery of the putting surfaces will elevate the long game into the weekend.

While 90-degree heat and prevailing winds from the south will greet the players on Thursday, there is zero chance of a repeat from the conditions of 2007. That week, daytime highs reached 100 degrees with higher heat indices, so an excessive heat warning was in effect throughout.

This week, a system will pass through later on Friday, and it could yield rain and possibly severe weather. Also with it, much cooler air will drop Saturday’s daytime high into the 60s thanks to a rotation of a strong breeze pushing in from a northerly direction. Sunday’s conditions are expected to be so nice that the Chamber of Commerce might blush. Winds also are forecasted to calm by then, but in these parts, don’t hold your breath.

The champion will be exempt for life into the tournament. He’ll also be reserved spots in the next five editions of the other three majors, and his PGA TOUR membership will be extended through the 2026-27 if it already isn’t.

PGATOUR.com’s Rob Bolton recaps and previews every tournament from numerous perspectives. Look for his following contributions as scheduled.

* – Rob is a member of the panel for PGATOUR.COM’s Expert Picks for PGA TOUR Fantasy Golf, which also publishes on Tuesday.