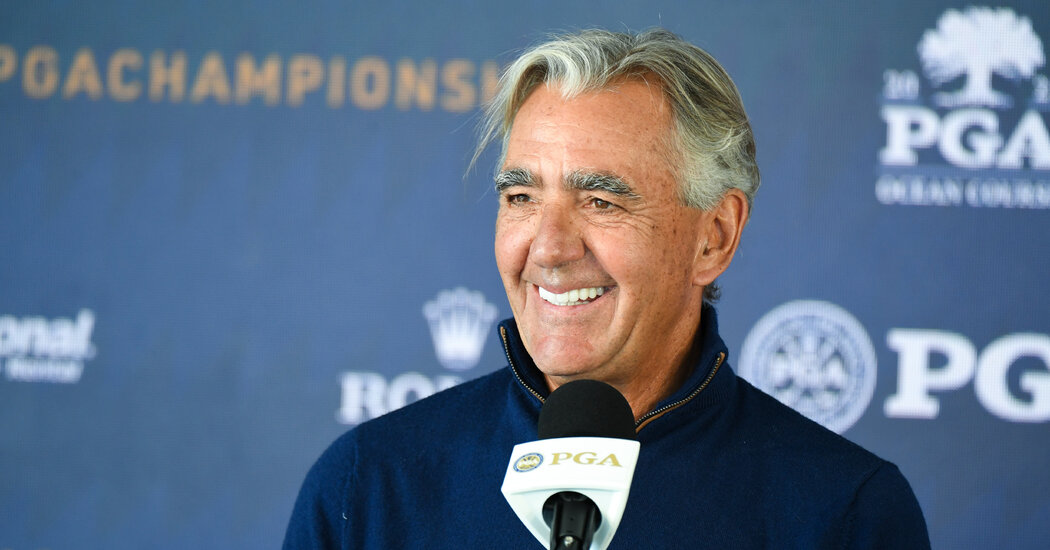 Seth Waugh, executive director of the PGA of America since 2018, stands ready to host the biennial Ryder Cup a year after it was postponed due to the pandemic.

The Ryder Cup, in which 12 golfers from the USA compete over three days in Whistling Straits in Wisconsin against 12 from Europe, has become more than a golf tournament. It has become a loud event that Waugh described as a combination of the Super Bowl and a Rolling Stones concert. At no other golf tournament do players and fans regularly mock each other.

This year, after Covid-19 appeared to be ebbing in the spring, the Delta variant has returned and poses a challenge for an event that typically hosts over 40,000, all of whom only follow a few players.

Add to this the tension over critical comments between two of the top players on the US team – Bryson DeChambeau and Brooks Koepka – that led fans to ridicule DeChambeau. Waugh said he, like PGA Tour commissioner Jay Monahan, would not condone bullying. “We’ll be vigilant to make sure it doesn’t cross the line,” Waugh said. “We will enforce it if that is the case.”

This year the PGA of America created an award to recognize athleticism in competition. The Nicklaus-Jacklin Award commemorates Jack Nicklaus, who conceded a short putt to Tony Jacklin at the 1969 Ryder Cup. As a result, the game ended in a draw.

The following interview has been edited and shortened.

What will be different at the Ryder Cup this year?

There will be different protocols, with masks indoors and masks in some of the more crowded seating areas. The players are likely in a bubble. We can’t make sure everyone is vaccinated, but to make sure we can do one final putt on Sunday we’re going to put them in a bladder. We considered checking vaccinations for fans but we couldn’t guarantee that all players would be vaccinated. So how could we check out all of the fans?

We said we would offer refunds for people who couldn’t or wouldn’t come now. Few Europeans have requested refunds. We hope for a good participation on both sides.

How has planning changed with Covid?

Part of it is how much more we learned about the virus. There wasn’t that much knowledge in the last year. We didn’t know how hard it was to catch it in the open. We believe there are natural benefits to being outside that make it safe for people to be around. We’ll have masks inside. People have gotten better at living with this thing. This is very different from a year ago. We concluded that the number of fans made no difference. It’s the logs.

How do you keep the spirit of the event?

The first Ryder Cup I attended was at the Belfry in 1993. It was the year Davis Love III made the putt to victory. I can tell you I was on the 18th green when he made the putt, but I didn’t see it. I just saw him raise his putter. The experience is the excitement. It’s there, it’s the fans. If you’re at a Stones concert and you’re not in the front row, you won’t see Mick Jagger but you will still hear “Jumping Jack Flash”.

What are you hoping for this year’s competition?

The Ryder Cup is about cultivating relationships between the two sides. We are trying to regain some of this purity with the Nicklaus Jacklin Prize. We want to make the stress and tension of the Ryder Cup the best moment in a player’s life. I hope it will regain the spirit of what these things should be.

Everyone is just tired and exhausted from this pandemic. Usually you come back from summer and you’re good to go. But we are injured animals. People haven’t been together for a long time. Schools weren’t schools, work wasn’t work, games weren’t games. The world needs a Ryder Cup to remind us of the good in the world.