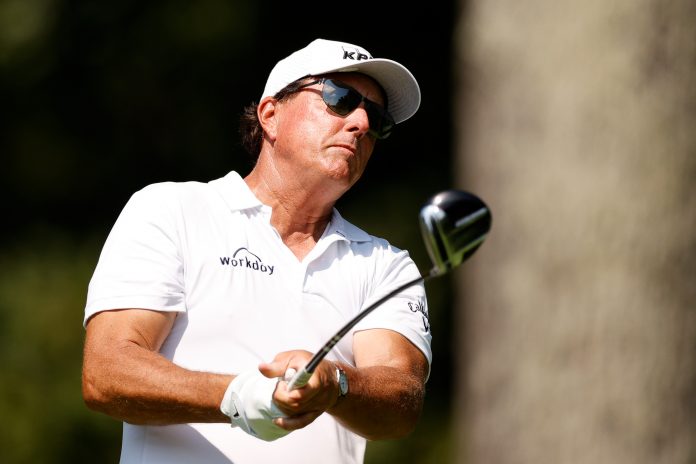 Phil Mickelson is unhappy with the United States Golf Association over the proposed rule change that would limit the size of a driver to 46 inches.

Lefty wrote on Twitter that the proposal is “PATHETIC” and believes it could lead to an increase in injuries as well as a decrease in player performance:

It is said that USGA will soon roll the driver length back to 46 inches. This is PATHETIC, our amateur government agency keep trying to make it less funny

The USGA and R&A, the two governing bodies of golf, issued a joint press release in February containing three proposed changes to gaming equipment and testing methods for golf balls and clubs.

In the proposal, the USGA and R&A made an amendment to “limit the maximum length of clubs other than putters to 46”.

Players are currently allowed to use clubs up to 48 inches in length in tournaments.

According to ESPN’s Kevin Van Valkenburg, the USGA said it would not give a formal response to Mickelson’s tweet.

Mickelson has not shy away from publicly criticizing the USGA on numerous topics in the past.

Mickelson has mostly used a 47 “driver, but experimented with a 47.5” club at the Masters in November because of the length of the course in Augusta.