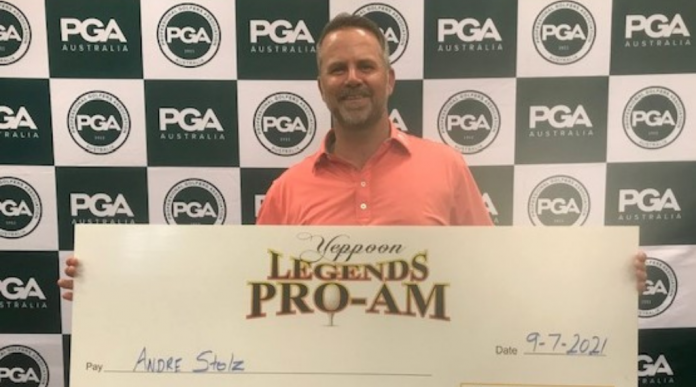 Andre Stolz’s status as the new Lord of the Legends Tour is expected to continue after surviving a late trip on Friday to win the 36-hole Tropical Auto Group Yeppoon Legends Pro-Am at the Yeppoon Golf Course.

Despite relatively calm conditions and clear skies, it proved difficult to score again on the second day. Stolz (70-70) was the only player who took two rounds under par to put 2 under and to get an impact win from defending champion Peter Senior (72nd -69).

A winner of the 2020 Australian Senior PGA Championship last November, Stolz was runner-up at Northern Golf Club Legends Pro-Am in March and runner-up at Fleurieu Coast Swing in April, thinking he scored another winning goal when he lost the final hole on Friday.

“To be honest, I screwed up the 18th hole and thought that was the difference between winning and losing,” said Stolz, winner of the Michelin Championship on the 2004 PGA TOUR.

“I haven’t played the course until this week, so I’m thrilled with the win.”

Starting from the first stroke behind the leader, Stolz fell further back with a bogey on the fourth hole and after a bogey on six he dropped another stroke on the eighth hole.

But without anyone running away with the tournament, Stolz kept up, birdies at nine, 10 and 17 offered enough buffer to bogey the last one and still get away with the win.

With a bonus for approach strokes, Senior could only briefly defend the title he won in 2019.

“The course suits my game because you don’t need brute force, but more strategy around the tight layout,” said Senior.

“The greens were firm and the evaluation showed that you really have to think your way through when approaching shots.”

The PGA Legends Tour is now heading south for the Bargara Legends Pro-Am, which will be played July 13-14.