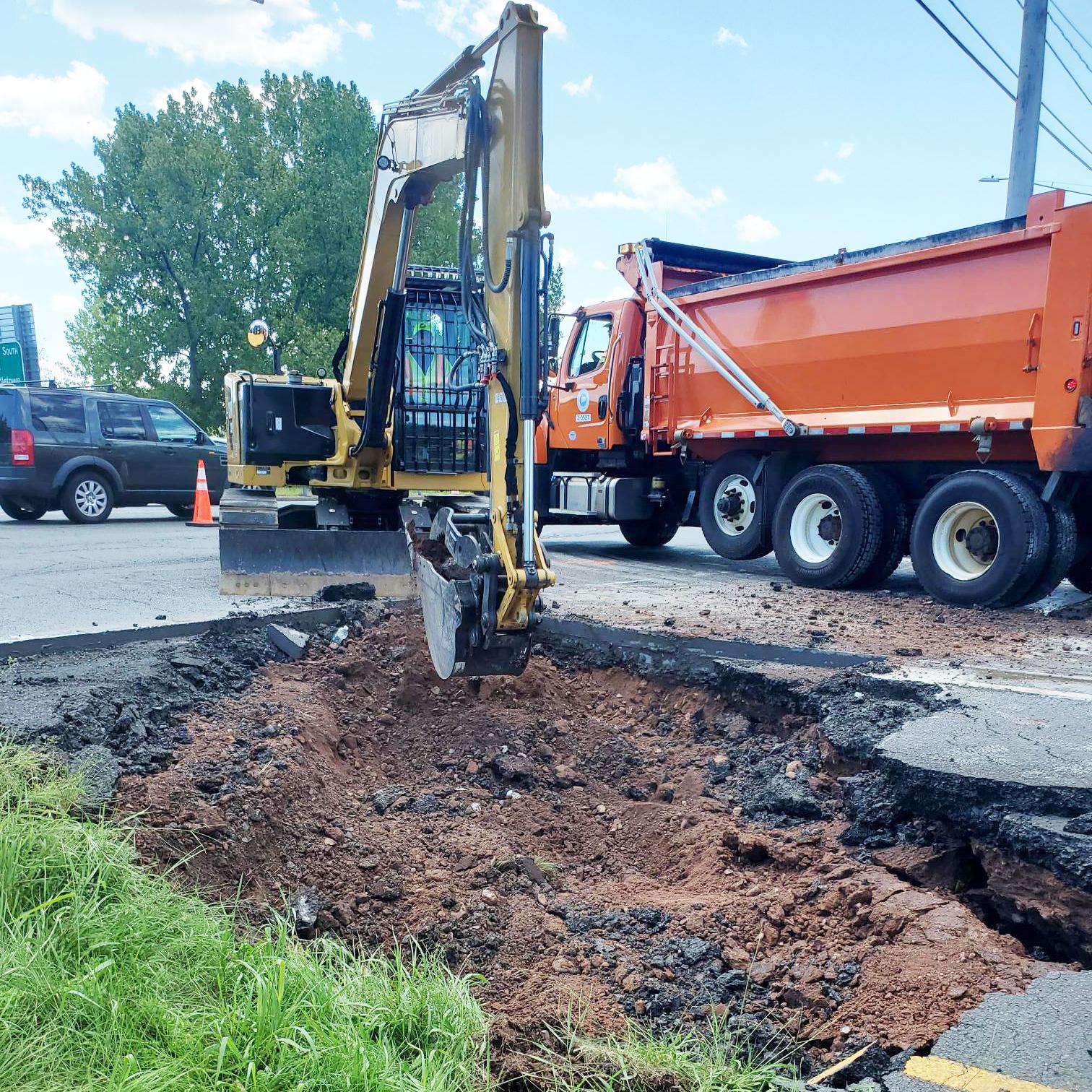 Cromwell Fire Chief Jason Balletto said the kerosene pipeline operated by Buckeye Partners was not affected by the washout, noting the department responded after a member saw a post about it on Facebook. He said the Providence and Worcester Railroad crews were working to address the problem.

“The private company will do that,” he said. “All the Cromwell Fire Department is going to do is get the technical rescue team. If there are any problems with the excavation, it must be done by the private company. We will strive for every rescue. “

Balletto said the department had mutual aid agreements with Middletown and Meriden to help with incidents, adding that the cleanup process would take a long time.

“As of (Thursday) the kerosene line from Portland to Rocky Hill was shut down – just in case there is a compromise with the line, this can be mitigated very quickly,” he said.

In a statement, Tom Cuiba, a spokesman for Providence and Worcester, said the meeting to discuss how to fix the damage went as planned and repairs should begin next week.

“It should take about a week to complete,” he said. “Our priority is always to get the job done safely.”

Regarding the impact of the washout on rail traffic, Cuiba said, “Any washout has the potential to affect customer service, especially on smaller railways that cannot work around the problem.” He said the company is working on a plan to extend the services continue during the repair.

Cuiba didn’t respond to questions about the cost of the repairs and whether Buckeye or TPC would contribute to the cost.

The State Department of Transportation crews have completed initial work on the washout that damaged part of Exit 19 of Route 9 southbound.

Only a few kilometers away, the highway is fully open and both lanes are in operation, officials say. DOT spokesman Kevin Nursick said a metal culvert running under the ramp and into the right of way on either side of it was washed out during the heavy rain.

“It also cost a small part of the ramp,” he said. “We have already repaired the road. The roadway has opened and is ready. “

But, Nursick said, the department needs to go back and do additional work for other damage that has occurred to the culvert’s inlet. He said the department has yet to assess what corrective actions need to be taken to repair the site and prevent similar washout in the future.

“We still need to do more analysis,” he said. “We’ll be looking at this over the next few weeks to determine the best course of action. As soon as we have determined this, we will commission a project to carry out right-of-way repairs in this section. “

Nursick does not expect any further work that would lead to traffic problems on the motorway entrance.

“We had several problems across the state during the weather event,” he said. “These problems affected both highways and back roads.”

“This is one of the few examples of real damage to the actual highway system,” he said.

That’s the good news, said Nursick, but the back roads and city streets didn’t fare as well. A total of 27 back roads were closed due to flooding, fallen trees or power lines and water ingress during the storm.

“As it stands now, we reacted quickly as soon as conditions allowed,” he said. “Most of these barriers were connected to water over the roadway.”

Nursick said only a state road block was in effect as of Friday afternoon – there was still flooding on Route 315 in Simsbury. The DOT was able to sort everything else out pretty quickly.