WEST PALM BEACH, FLORIDA., July 23, 2021 / PRNewswire / – Engineered Tax Services (ETS) continues its relationship with prominent professional athletes. First, it hired the two-time Super Bowl winner Ray Crockett, formerly with the Denver Broncos to serve as an asset management advisor, ETS is now sponsoring one of America’s aspiring professional golfers, Denny McCarthy, on his PGA TOUR. At the moment he is the 161st best golfer in the world according to the Official World Golf Ranking – an amazing achievement! 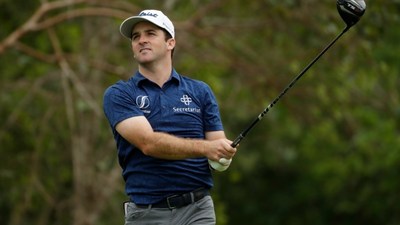 As part of the sponsorship, McCarthy acts as a brand ambassador for ETS and wears the ETS logo on his golf shirt sleeve at PGA Tour events. He also performs on behalf of ETS and participates in marketing and social media campaigns to promote the partnership.

“We are honored to have such an outstanding athlete as Denny McCarthy, “said Julio Gonzalez, CEO of Engineered Tax Services. “I know Denny personally and he’s a wonderful person. We are proud to partner with an emerging star who embodies our values ​​of hard work, perseverance and professionalism in our quest to be a leader in our field. “

Born in Takoma Park, Maryland, Denny McCarthy has been playing competitive golf since he was 10, starting with the MAPGA Junior Tour. As a senior at the University of Virginia, he led The United States to win the 2014 Amateur Team World Championship, won the Eisenhower Trophy and finished 42nd at the 2015 US Open.

“ETS is an ideal sponsor,” said McCarthy. “We’re both in Florida, and I’m thrilled that ETS and Julio Gonzalez are so supportive of my career. Julio Gonzalez is a nationally recognized tax reform expert and a loyal American small business friend, and I take pride in representing ETS and what it stands for. “

The EA Sports PGA Tour will have a legendary Old Course...

Dou is determined to take his chance and return to the...