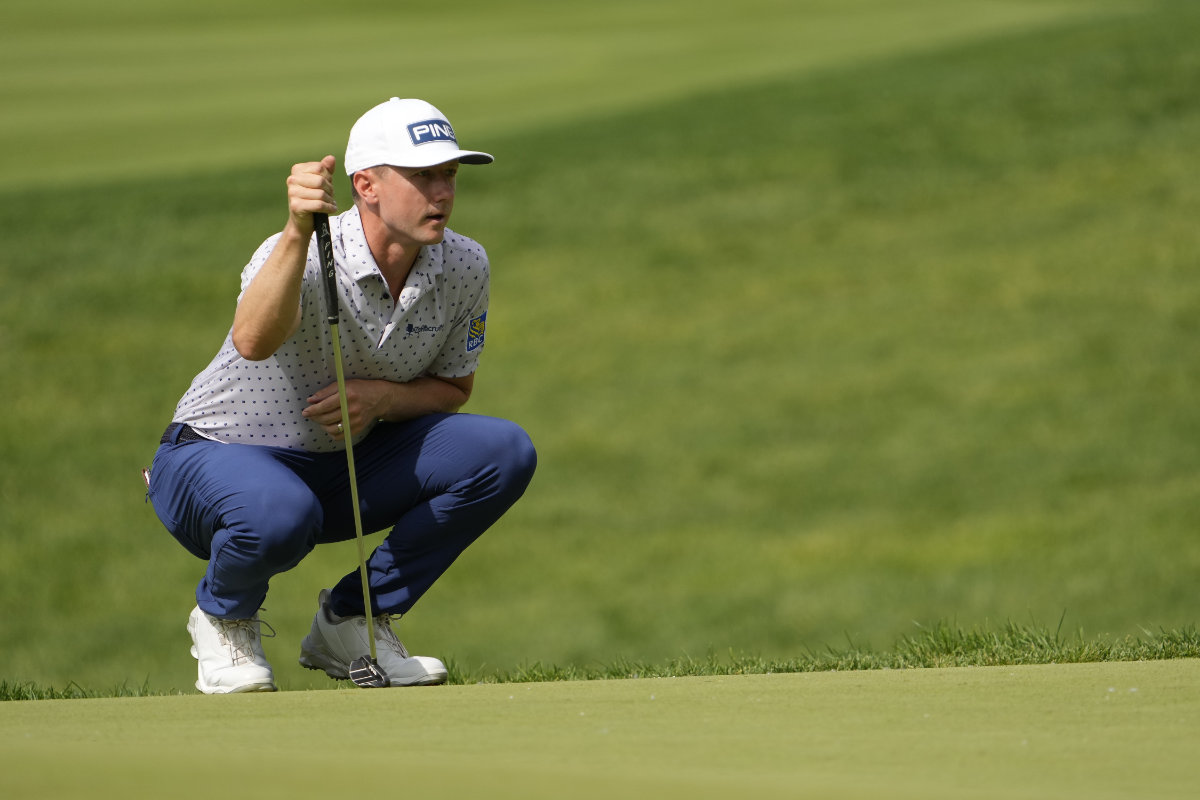 WASHINGTON: American Mina Harigae fired a stunning 7-under par 64 to seize a one-stroke lead over shock Swedish amateur Ingrid Lindblad after Thursday’s opening round of the 77th US Women’s Open.

Harigae made nine birdies against two bogeys to finish one off the tournament record after Lindblad led much of the day at Pine Needles in Southern Pines, North Carolina.

“I was confident that as long as I could hit it where I needed to then it would be a pretty good day,” Harigae said. “But I didn’t think it would be this good of a day.”

The 32-year-old American, whose parents are from Japan, was one off the US Women’s Open 18-hole record of 63 by Helen Alfredsson from 1994.

Lindblad, a 22-year-old standout for Louisiana State University, shot the lowest score by an amateur in tournament history. She needed only 26 putts.

“I hit a few shots close to the pin, and then my putting was great,” she said. “Made a few par saves and made a few putts for birdies. It just worked from fairway to green.”

Their rounds marked the first time since 1999 that two players had shot 65 or better in the major showdown, known for its harsh rough and lightning-fast greens.

Harigae, who has never won an LPGA title, had her best major finishes, a share of 13th, at last year’s Women’s British Open and the 2020 Women’s PGA Championship.

“I’m just going to do the same thing as today, one shot at a time,” Harigae said of her early Friday start in round two with the lead. “Try to hit as many greens as I can because I’m really confident with my putting right now.”

Harigae opened with back-to-back birdies, added two more at the fourth and sixth holes and closed the front nine with another birdie, defying the tricky Pine Needles greens.

“You have to hit it in the right spots because if you don’t the greens are kind of turtle back so you get to roll off,” Harigae said.

“I was trying to think, ‘Just make good contact,’” she said. “I never chip in in tournaments so I was super excited that even happened.”

She closed with two pars, the last on a clutch six-foot putt, to stay on top.

“It would have been fun to win a little bit of money, but I’m going to stay in college for a little bit more,” Lindblad said.

The only amateur player to ever win the US Women’s Open was France’s Catherine Lacoste in 1967.

“They said just one amateur has won it,” Lindblad said. “Yeah, it’s possible.”

“It was really cool. We had fun out there,” Lindblad said. “She fist pumped me for a few birdies, and it was fun.”

Sorenstam was delighted with Lindblad’s performance.

“Played so solid. Really good touch and she putted beautifully,” Sorenstam said. “I was really impressed.”

Sorenstam, who won the 1996 US Women’s Open at Pine Needles, won last year’s US Senior Women’s Open to qualify. She opened with a 74.

Nelly Korda, who hadn’t played since February due to a blood clot, returned from a 117-day layoff and fired a 70.