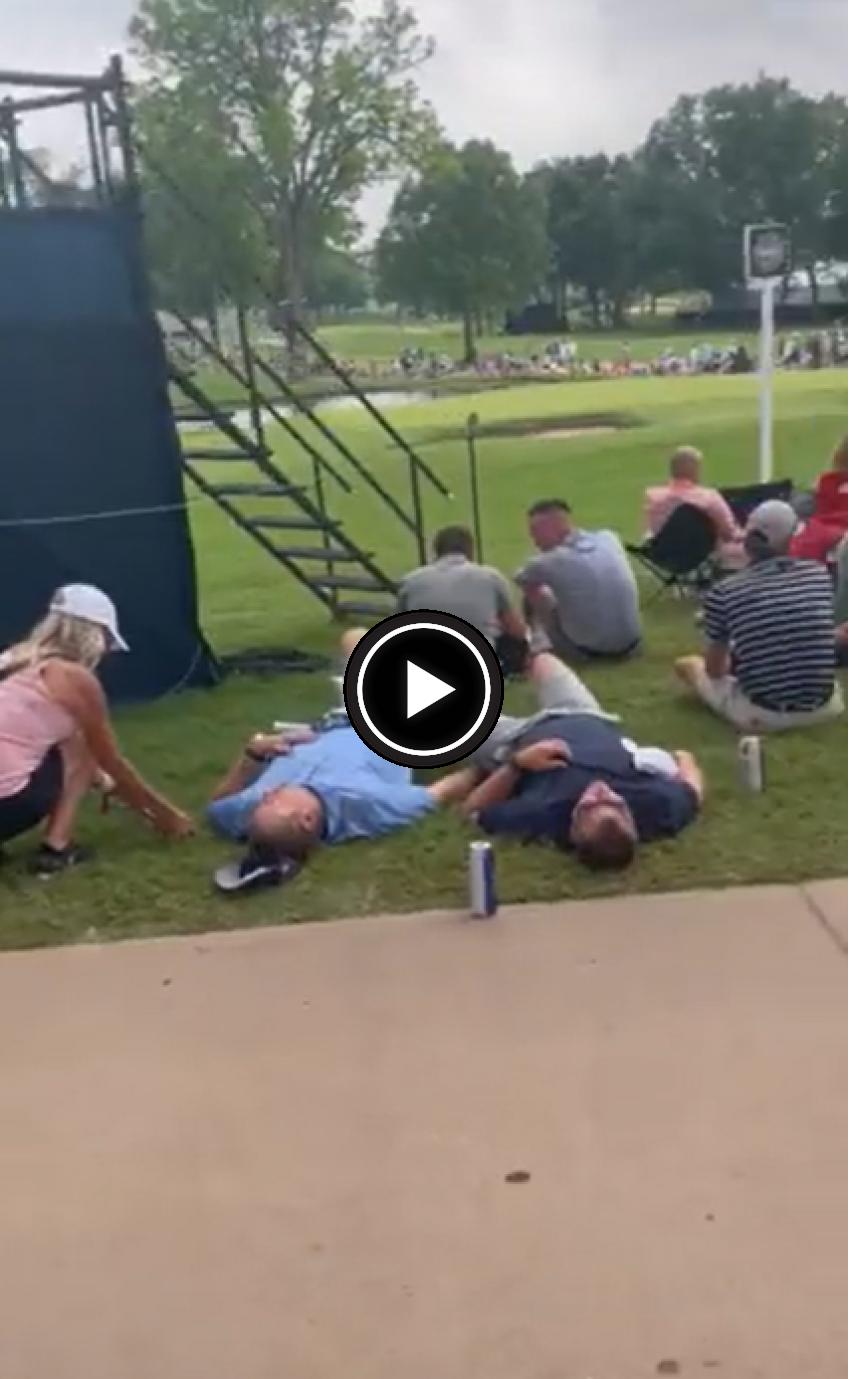 The PGA Tour brings us a lot of interesting things. In addition to great matches, we can often see fans making us laugh with their moves or something else, so this time it was the same. The two fans, who apparently had some other goals, were lying drunk on the PGA Tour held in Tulsa.

Namely, they were lying drunk on the grass and could not move.

They seemed to be more interested in alcohol than what they could see on PGA. Everyone was amazed, and there was real laughter among the fans when they noticed them. They became the main faces of this tournament. Golf was in the background for them, and they wanted to watch the match in a different way.

In the end, they exaggerated and ended up in numerous media outlets.

Still, let’s forget for a moment about them. Justin Thomas won the PGA Tour, and achieved really great success. Many are interested in his statement regarding Woods and his withdrawal from the tournament.

“I wouldn’t say how tough it was to see him struggle. I mean, he made the cut in his second major in a row, what, a year and a half after being in a gruesome car accident, [with a] broken leg? “I don’t think you guys understand how unbelievable that is.

He’s a freak of nature. It’s mind-blowing the things that he can do with his mind. “I didn’t play during his prime, but from the times I’ve been out here – him winning the Masters in 2019 and winning the TOUR Championship, him making the cut these last two tournaments – for how some of the conditions he was in last year, it’s absurd, like beyond absurd.” – he said for skysports.