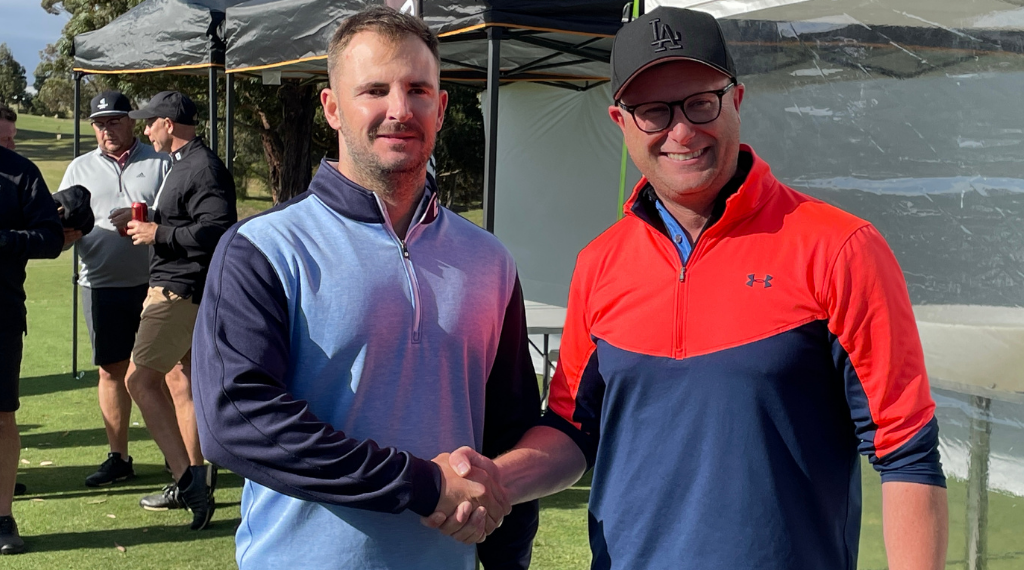 Queensland’s Chris Wood is back on winning ways just days after defending his Victorian PGA title at the Moonah Links Resort.

While playing in his first adidas Pro-Am series since the Bulimba Pro-Am in Brisbane in July, it was another nine-hole course that saw Wood make his competitive return for the MMD Geelong Pro-Am on the public golf course of the Geelong Golf Club.

The tight par-33 layout required Wood to play aggressively from the start, and he was more than up to the task, recording four birdies and an eagle on the 450-yard par-5 fourth in his 5 under 28 win .

Victorian Darren Bowman was six under seven holes but dropped shots on his last two holes to snap into second place, one shot ahead of a group of five players at three under, Michael Isherwood, Wade Lowrie, Brett Rankin, Jackson Bugdalski and James Grierson shot all 30 for nine holes.

With limited gaming opportunities in recent months, Wood’s win was the perfect warm-up for Moonah Links next week and summer.

“Today was a really good start to my golf summer,” said Wood, who marked his last two holes with Birdy to steal victory.

“I love this nine hole event. The conditions out there were really tough this afternoon and although the course is short the pins were pretty hard in the wind today.

“It’s great to bring a win and some confidence into the next week.”

The highlight of the day was George Worrall from the Northern Territory, who pounded an Albatross two on the fourth par-5 hole and took him next to the Australian Senior PGA Champion Guy Wall, the local hero Tybin Lawson from Geelong and the former Geelong Pro-Am – Simon Hawkes catapulted the winner into the rankings.

The adidas Pro-Am Series will continue on Sunday with the Higgins Coatings Sands Pro-Am at The Sands Torquay.